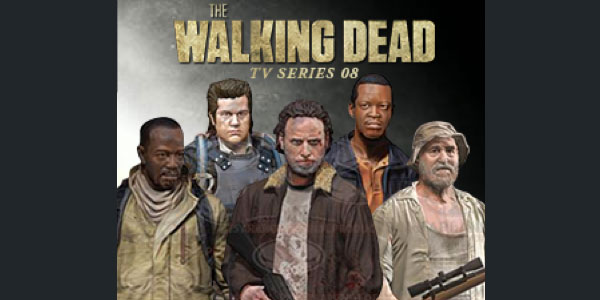 McFarlane Toys is shaking up the structure of their Walking Dead lineup, yet again.  Series 8, which is due to hit retail this Fall, is our first wave of action figures with no zombies.  Instead we get five survivors, past and present, which bring us considerably closer to completing the core cast  of the over-arching series.

The new Rick looks pretty cool, actually, sporting the grizzled, graying beard he rocked during the past season of the AMC show.  The Season 4 Rick looked great in advance too, though, while his final figure didn’t translate quite as effectively.  Hopefully this Rick will break that trend and wind up being the first great Andrew Lincoln figure.

I was curious how McFarlane would handle Eugene.  I mean, is there really a market for mulleted social misfits claiming to know top secrets about the government?  Apparently, the answer is maybe… which becomes a definite yes when you place said misfit into a suit of body armor.  Bob looks fine, and includes accessories based on his one iconic scene from his tenure on the show.  And the ever-sanctimonious (and inexplicable fan favorite) Dale Hovarth is finally getting the toy treatment.  So if you have any action figures in need to some not-so-silent judgement and browbeating, McFarlane has the toy for you!

Rounding out the set is a much better character, even if he’s not played by the wonderful Jeffrey DeMunn– Morgan!  The survivor has turned up a few times over the last five years, always just on the outskirts of the narrative, and typically doing things way more interesting than our protagonists.  He’s finally caught up with them for the new season, so now seems like the perfect time for this wandering badass to come to the toy collection, as well.

Overall, it’s a solid enough lineup.  I really can’t say I miss the lack of Walkers, although it’s kind of lame that there’s no female presence in this wave.  This toy line has been great about consistently including the female characters from the show… so good, in fact, that the absence of Beth or Rosita or any of the other women on the show feels notable.

Big Bad Toy Store– who debuted these work-in-progress photos of the new lineup– has The Walking Dead Series 8 up for preorder now.  If you want to add these guys to your collective of survivors, Click Here to place your order. 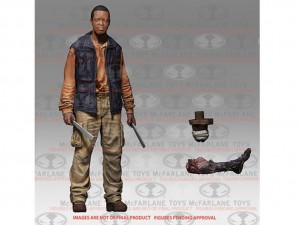 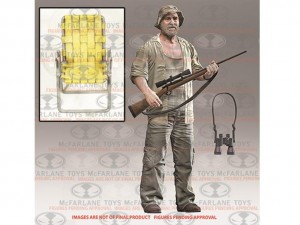 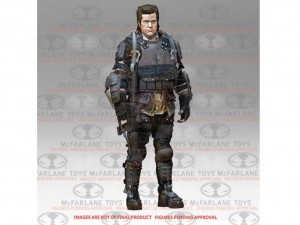 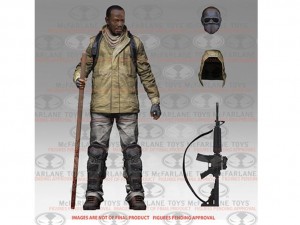 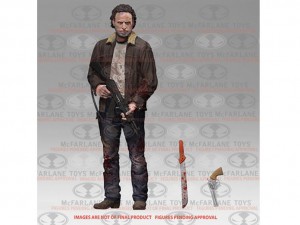