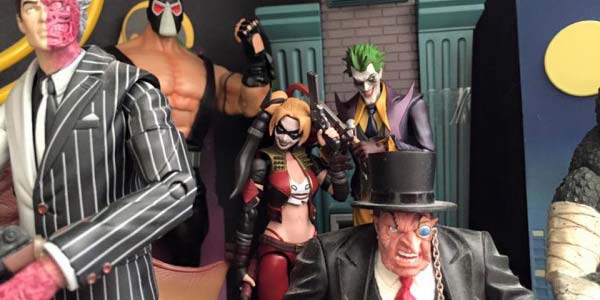 This topic has become more and more relevant as of late with so many overseas companies producing action figures with superior sculpt and articulation.

Let us face the facts first and foremost. Most toys are technically imports since most are made in China or Japan. So with this in mind why are Marvel Legends and DC Collectibles considered “domestic” toys? For years we have scoured the aisles and hunted for our favorite figures in the big box stores and comic shops and were content with what we had. Distribution has made the ole days of hunting a tiresome headache and with the ease of ordering direct online and thus saving time and money hunting has become obsolete (for the most part).

The import lines have always been there and have been producing sculpted masterpieces. Licencing has a lot to do with what we both see and get. S.H. Figuarts, Figma, and Revoltech are the technical “Big 3” for all things import. There are pro’s and con’s to the import game. Some of the pro’s are sculpt, paint, articulation, accessories. Some of the con’s are price, availability, loss of parts, and durability.

Imports are produced based upon a preorder system. The companies will make X amount of a figure to deal with amount ordered. This is what keeps the import game a worthwhile investment on the secondary market as the values tend to steady rise since most of these are not reproduced once released. Sometimes a popular figure will reappear as a repaint or exclusive.

Domestic toys are still holding their own. Take for example the latest race for greatness…The Hulkbuster armor. Marvel Legends recently released the Mark 44 armor within 7 figure wave that you can put the parts together for about $140 retail. Scale is on point along with the articulation that is the norm for a ML figure. Now comes to bat all the import companies that all have a version of the Hulkbuster armor but with diecast parts, led lights, metallic paint, etc etc. The price for these will run $250 all the way up to $800. Most collectors are snagging up the ML version and painting it or hiring a customizer to alter it and still coming out under the import companies price tag.

Some companies have inflated their prices since the American market has jumped in the import game. Companies like Play Arts Kai have increased prices $25-50 on items they offer (this is mostly a distributor inflation but still a price hike none the less). The secondary market is the place most go for their import needs as some overseas sites are hard for people to navigate. If you can navigate the overseas sites you will see that buying directly from them will save you sometimes up to $30 since the Dollar is very strong to the Yen. However, shipping usually is the rub that makes people weary of the idea.

Some collectors go to social media pages for help from fellow collectors. One of those pages is also an online store. I spoke to Alex Blas who is owner and operator of Ageless Geeks about this topic and this is some of our conversation.

JQ- When you started Ageless Geeks was it meant to be a go to place for domestic or import toy lines?

Alex– Ageless Geeks started as a domestic toy area. The only thing I was a fan of was Transformers. They do have an Import presence with the Takara pieces but the majority of what I purchased was from Hasbro for the US releases. I have been in the sales industry for 15 years now and use that experience in my business approach.

JQ-What has been the biggest draw for you at Ageless Geeks, imports or domestics?

Alex- I am known for my sales of the S.H. Figuarts Dragon Ball Z line. It makes up half of my business.

JQ- It is said that the success of the import game is based on pre-orders. How do you go about securing the items needed for your customers?

Alex-It is normally set by the group. I post pictures of the distributors preview. I add about 100-200 pieces to sell at my shop and on the website. For example with the DBZ line every pre-order I am seeing my numbers increase to where I am ordering almost 600 pieces to cover both online and the shop.

JQ- How have the price fluctuation affected your orders and customer base? Have sales remained the same or have they been stalling due to the increases?

Alex- Sadly prices have gone up but fortunately for me (and my customers), I deal directly with Bluefin. That relationship has helped me keep the cost down. Some distributors are double dipping and no longer work under a solid distributor business model. Also secondary markets and other retailers hike up the prices to make up for the distribution issues.

JQ- Have Domestic lines like Marvel Legends and DC Collectibles taken a hit from the rise of the imports popularity?

Alex– Honestly, my business in the domestic toy area have grown. I think it is due to the fact that the import lines are a tad more expensive. Someone will order a Marvel Legends figure from me who may not want to drop the money on the SHF Avengers. Imports are a big seller as they account for now 70% of my business. I carry the domestic lines to help the average joe who wants to get a cool collectible but not drop a ton of cash to do so. The average domestic toy is $15-24 and the average import will run between $50-80. 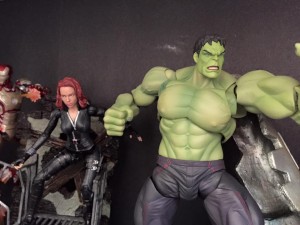 I’d like to thank Alex Blas for his time and input on this, and if you are looking for a site that has great prices on some cool stuff look them up on the web at Ageless Geeks. Also you can look them up on all social media with the same name.