How To Improve AGENTS OF S.H.I.E.L.D. 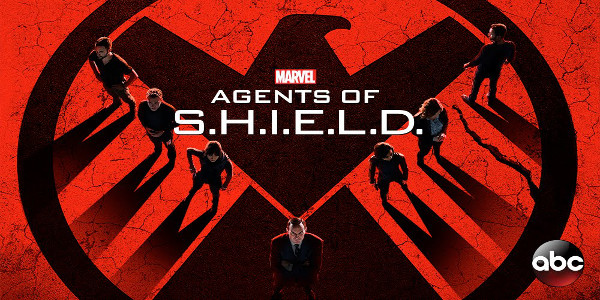 Whether you want to admit it or not, the show’s a mess and needs to be fixed.

For a season and a half now, I’ve been suffering through Agents of S.H.I.E.L.D. The first question you might be asking yourself– “Well if he hates it so much, why does he watch it?” It’s a fair question.  So, I’ll answer it, accordingly.  First off, I want to know what’s going on. AOS is, after all, connected to the Marvel Cinematic Universe, which I’m totally loving.

And second, I keep watching because I fool myself into thinking something might improve in this show.

So how do we fix it?  I’ve thought about it for awhile now and came up with one step, and one step only:

KILL OFF ALL THE CHARACTERS!

Yup, you read that right. Kill off all the characters currently on AOS. None of them are the least bit interesting. I really couldn’t care less what happens to any of them. I connected with the characters on other Joss Whedon shows (Firefly, Buffy, Angel), but AOS?  I just don’t give a damn. They’re all so one dimensional and flat it’s not even funny.

Let’s look at the leader of this train wreck, Phil Coulson. When he first appeared in Iron Man and introduced himself as S.H.I.E.L.D. I was like “WTF! There’s 50 known S.H.I.E.L.D. agents from the comics, they can’t use one of them?” And now that he has his own show,  we can see he’s not a leader. Sorry, but he’s not. He’s a number 2. It’s as simple as that.

Then there’s the actor, himself… Clark Gregg. This man can not act. He’s been monotone with that s**t eating grin in every thing I’ve seen him in since The Adventures of Sebastian Cole. The guy has no range at all.

Besides Coulson/Gregg, I don’t get why the producers felt the need to create all these brand new characters. Why not throw the comic fans a bone? I want characters named Gaffer, Clay Quartermain, Jimmy Woo, and Contessa Valentina Allegra de la Fontaine. This is EXACTLY where the producers of Agents of S.H.I.E.L.D. can look towards their counterparts on ARROW. ARROW throws names out there, because they know it’s the comic book fans that help with the popularity of the show.

Hell, even writer-artist Jim Steranko, who’s mainly associated with S.H.I.E.L.D, gave 7 ways to improve the shows (which you can read here) and I totally agree with him. Of course, the Marvel Zombies, (emphasis on zombies), will blindly tell you how good this show is, especially after CAPTAIN AMERICA: WINTER SOLDIER. Hate to tell you, but it’s still not that good.

And now to make matters worse, they’re trying to force this wreck into the comic Marvel Universe. Of course this book is going to sell (at least initially) because you have two ringers on it: Writer Mark Waid and artist Carlos Pacheco.

On top of that, they’re trying to link AOS to the upcoming movie AVENGERS: AGE OF ULTRON (and 2018’s Inhumans), which they’re not really doing successfully.

The sad part is no matter how bad this show sucks, ABC won’t get rid of it any time soon, because their boss Disney will continue to push this piece of crap for as long as they have to, no matter how many times it’s already jumped the shark.

So let the hate begin, Marvel fans. You know I’m right, whether you want to admit it or not.