Independence Day 2 Gets Pushed Back 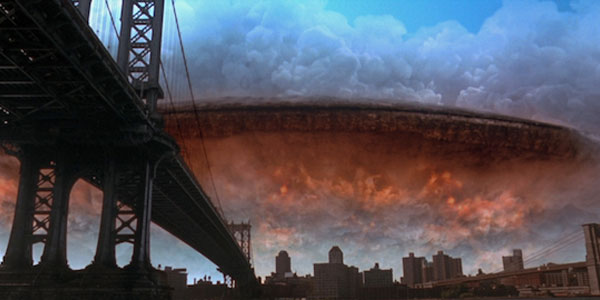 The long-rumored sequel gets delayed by a whole year, which might not be a bad thing.

With the 2015 summer blockbuster season reaching critical mass, I’m actually relieved to see a few movies gravitate away from those months.  Star Wars Episode VII, of course, is now coming two Christmases from now, and more recently Independence Day 2 has moved to July 2016.

While the less patient fans out there might groan at the notion of waiting another year, this could potentially give ID4 2 a less competitive playing field, plus Roland Emmerich and Dean Devlin get another year to write and make the movie, and another year to try and court Will Smith to return.

It should also be remembered that 2016 will mark the 20th anniversary of the original film, so it makes a fitting kind of sense to wait until that watermark to return to this silly world of aliens inside other aliens, F-16 flying Presidents and Will Smith welcoming us to “Urf.”  I have little doubt ID4 2 won’t be just as ridiculous and dumb as its predecessor… but that silly movie was so well-crafted, it remains one of those flicks I can rewatch forever.  I’m hoping this extra year can help the team recapture that magic.