Could Indiana Jones Be The Next James Bond? 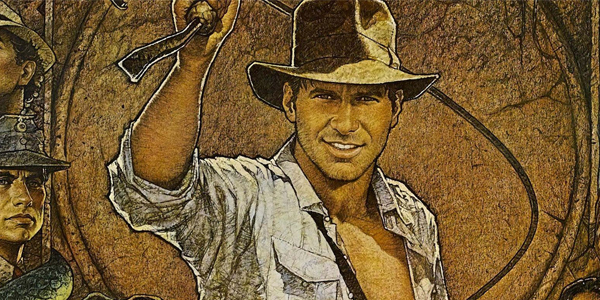 The one constant thing about James Bond is he will always change with the times, so can a hero like Indiana Jones change too?

The movie business is all about franchises now, and one of the biggest of all times is Indiana Jones. When you ask anyone though the only person who can wear the fedora is Harrison Ford, so can the character successfully live on without the actor?

The newest rumor out there today has to do with Bradley Cooper taking over the role in some way. The rumor has not been confirmed or really denied so who knows if its true, but it brings up a good point- Can Ford be replaced? Back when Bond started the tradition of changing the actor every few movies there was no internet, so there was no public backlash before the film came out. People were just happy to see their favorite character back on screen. Today however that is not the case, just look at the new when Affleck was announced as the new Batman. Fans went overboard ripping the actor apart for taking a job, and I wonder if the Jones fans would do the same if Ford was replaced. We know when they tried to hand off the role to Shia Labeouf it did not go so well, but that may have had more to do with the story than the actors. A big part of the issue comes from the fact that Indiana Jones is a period piece, while Bond has stayed updated with the times. Can the stories that we see Jones in still occur today? Sure they can just look at shows like Warehouse 13, keeping the action and adventure alive while looking for artifacts that could destroy the world.

I hope Indiana Jones does not end with Ford and Lucas, the character can live on in a new world with new stories. But what do you think, can anyone else wear the fedora?