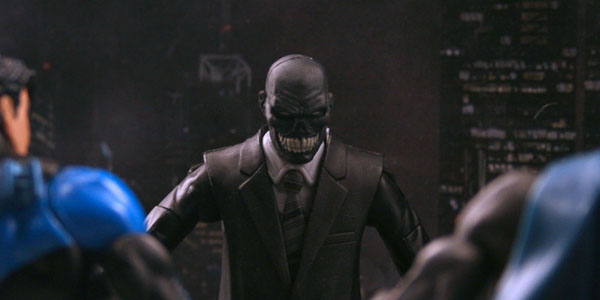 DC Club Infinite Earths brought neo- Batvillain Black Mask to the Classics collection, delivering a fantastic new headsculpt by the Four Horsemen… and not much else we haven’t seen before.

Mobster Roman Sionis has been a pretty prevalent heavy for Batman over the past five years, so his inclusion in the overall DC Classics feels well-earned. Yes, there are other Bat-villains yet to be made who might be closer to “A” list (Ra’s al Ghul comes to mind) but Black mask gives the Four Horsemen a chance to shine, doing what they do best– sculpting a wicked cool bad guy face.  The skull-like features of Roman’s mask are killer, and packed with lots of menacing personality, from his sunken white eyes to the lipless grin.  It’s one of the best portraits I’ve seen from the Horsemen for this line in quite a while, and almost makes the figure worth it for the headsculpt alone.

Which is good, I guess, since that’s about all we get that isn’t a rehash. Black Mask is built on the suited body we’ve seen quite a few times in this line, in a monochromatic deco of black suit with shades of grey on his tie and gloves. It’s not a bad body, but even some small tweaks to make it more unique, like opening the closed jacket, would have gone a long way in making Black Mask feel less like a rehash.

The villain does get three appropriate accessories, which are pretty solid.  Of his two bladed weapons, the knife (straight from the cover of Batman #636) is by far the cooler. The other is a twin-bladed contraption that doesn’t really scream Black Mask to me… I feel like a recast of Jim Gordon’s gun would have been a better fit, personally.

The last accessory is the coolest, yet most frustrating– Batman’s cowl.  The piece is very well-sculpted, with a great draped appearance as if it were hanging from something.  This effect is further enhanced by the pinched top, which looks like it should hang down… but with the divet in the back of the cowl being so shallow, it is impossible for Roman to hold it in either hand, or drape it over the tip of his knives. The cowl is a great concept piece, and had it been better engineered, I would absolutely feature Black Mask on my shelf dangling Batman’s inconic mask from the end of his knife.

Black Mask is a decent figure for the most part, but the shortcuts Mattel took on this guy are pretty obvious.  He’s not the disaster that Rocket Red wound up being, but he feels about 80% complete, which isn’t a great score for a direct-to-consumer, fan-targeted figure.  I will give him this– Black Mask will be the first Infinite Earths figure I plan to customize and enhance, as his best features are cool enough to justify going the extra mile his designers couldn’t be bothered with. 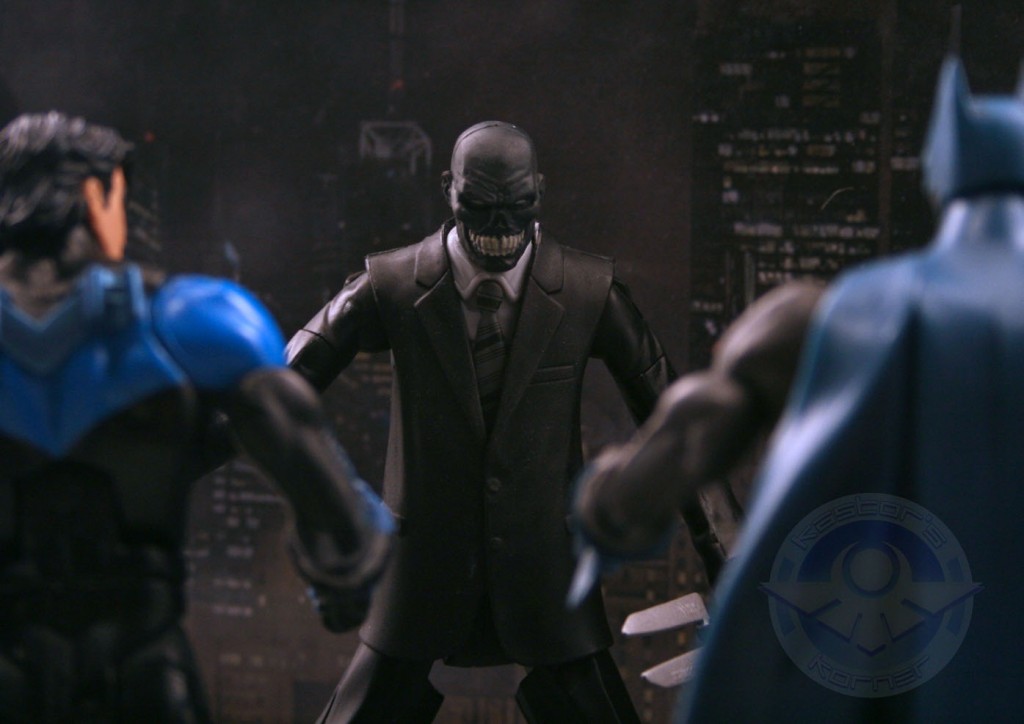 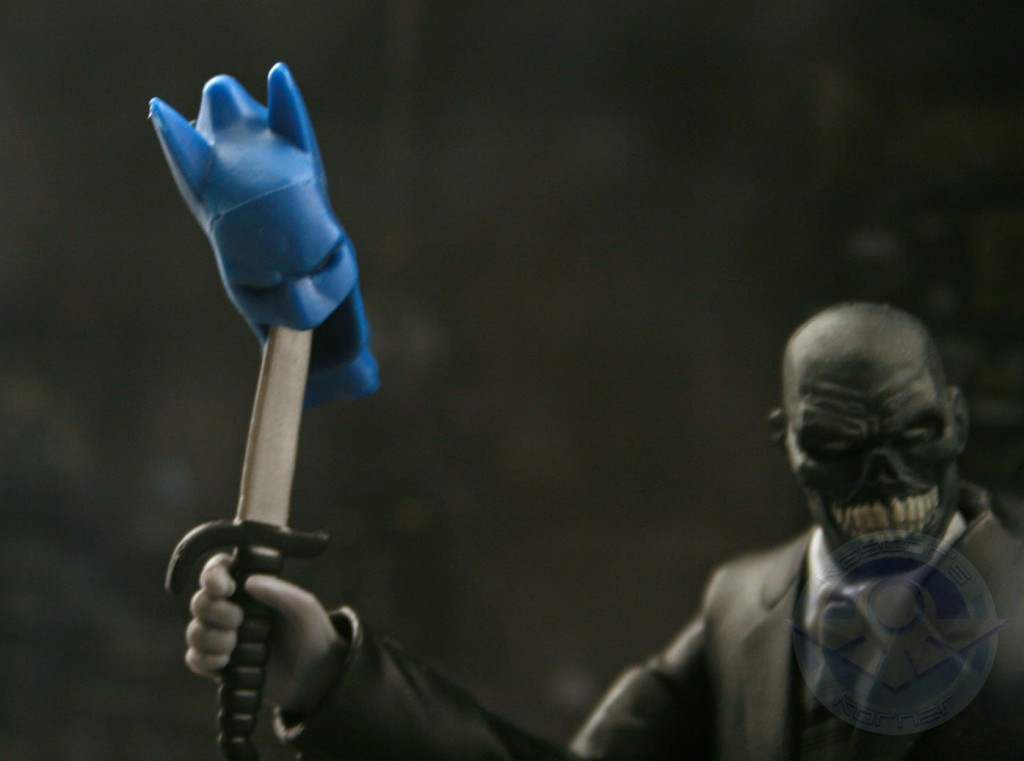 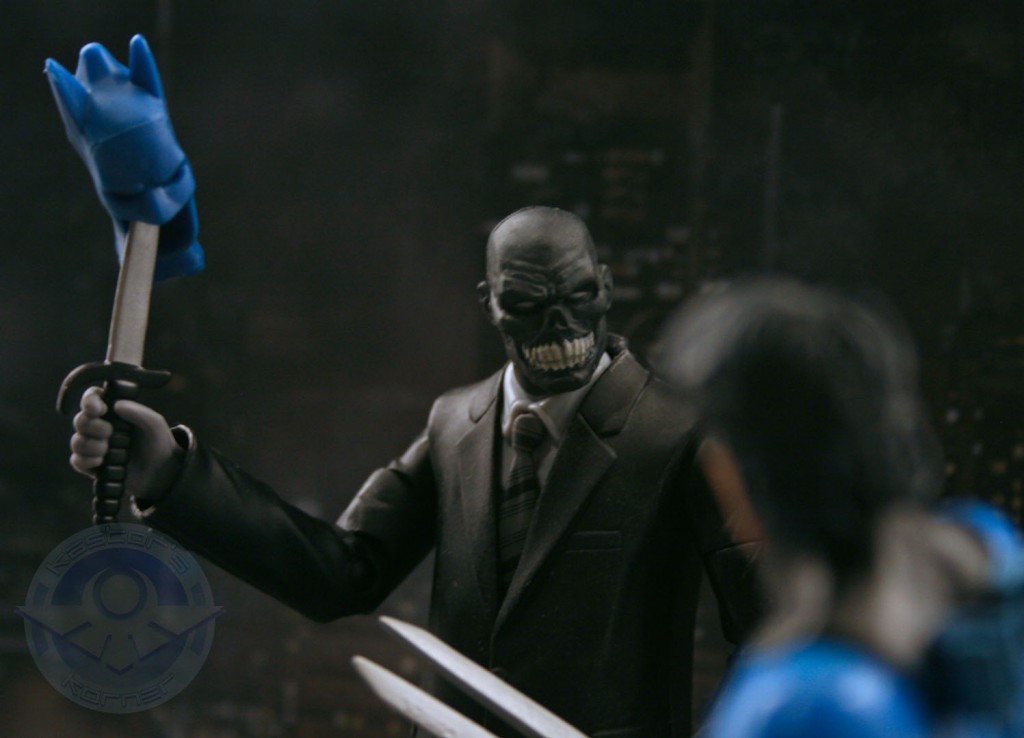