The Inhumans: The Next Team on Deck For Marvel Studios? 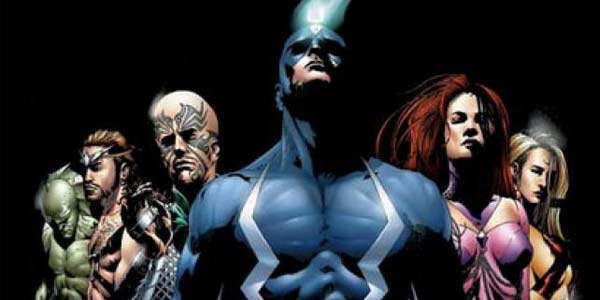 It looks like Marvel might be staying in the super hero team business for a while longer.

Marvel Studios has a number of dates reserved right now for upcoming movies, but not much information on what said movies will actually be.  But based on the success of the unknown (at least, unknown as of two weeks ago) crew of Guardians of the Galaxy, it now looks like The Inhumans are on the short list to hit the big screen sometime soon.

Collider is reporting that there is a new script being penned for the super powered outsiders, written by Joe Robert Cole, one of Marvel’s in-house writers.  The assumption here is that Cole’s script will be a loose foundation for the movie, which a creative team or director will build off of to shape the final version.  The same thing happened with Guardians, which was apparently a very different first draft by Nicole Perlman before James Gunn came on board.

This news also lends some veracity to Vin Diesel’s Facebook post this past weekend, which name dropped the Inhumans and already has me wondering if he’d work in the role of the silent, stoic Black Bolt?

The more I think of it, Inhumans seem like a very logical next step… Marvel will obviously have eyes on building up a new team to the same kind of box office success they scored with the Guardians.  And this new group’s semi-cosmic origins (the Inhumans began as experiments by the Kree, an alien race introduced in Guardians of the Galaxy) are a good fit for the broader cinematic universe.

At the same time, The Inhumans would likely offer a different tone than Marvel’s previous team films, so they could be used as a vehicle to once again expand this universe in a new direction both thematically and literally, since we haven’t seen Attilan yet in any Marvel movie. Plus, y’know, the Inhumans are probably the closest equivalent to Mutants that Marvel Studios has in their stable, and I don’t think Fox is giving up the X-Men anytime soon…

What do you think? Are The Inhumans a smart bet for Marvel as the next team they’ll bring to the big screen?  Or should the studio stick to The Avengers, the Guardians and the Defenders before introducing yet another team to the screen?