Opinion: How Will The Interview’s Cancellation Affect the Future of Movies? 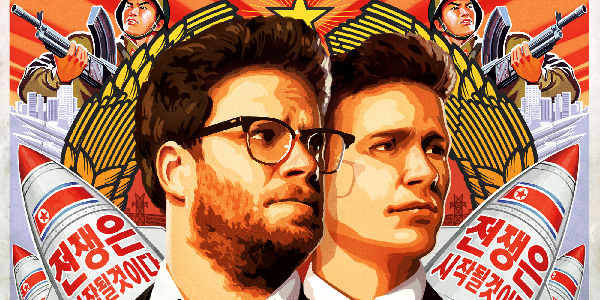 The Interview is the latest low brow comedy effort from Seth Rogen, James Franco, and director Evan Goldberg.  It follows in the tradition of the typical mainstream stoner comedy precedent that began with Pineapple Express back in 2008.  And yet, it’s possible that this movie has become the most important film of an entire generation, and it’s not even that good.

The official synopsis (via IMDB): “Dave Skylark and producer Aaron Rapoport run the celebrity tabloid show “Skylark Tonight.” When they land an interview with a surprise fan, North Korean dictator Kim Jong-un, they are recruited by the CIA to turn their trip to Pyongyang into an assassination mission.”

Hardly the most controversial film to be released this year (did you see Nymphomaniac I and II?), but in a landmark decision, Sony pictures has decided to pull the film from the slate entirely.  Now this is a stone that’s been rolling downhill for a while now(Complete timeline of the Sony hacks via The Independent), so the decision isn’t really a surprise, nor are the reasons entirely unjustified.  Sony’s official statement to the press on the status of the film was (via Deadline.com):

Sony Pictures has been the victim of an unprecedented criminal assault against our employees, our customers, and our business. Those who attacked us stole our intellectual property, private emails, and sensitive and proprietary material, and sought to destroy our spirit and our morale – all apparently to thwart the release of a movie they did not like. We are deeply saddened at this brazen effort to suppress the distribution of a movie, and in the process do damage to our company, our employees, and the American public. We stand by our filmmakers and their right to free expression and are extremely disappointed by this outcome.”

Naturally, the safety of theater employees and patrons comes first, so while this decision to let the theaters decide whether to show the film or not was the right move on Sony’s part, it looked like the film still might see a release on video or streaming services to recoup some of the $40+ million budget; what came next however eliminated any chance of that, and will forever change the future of free expression in America.

(via The Hollywood Reporter):

Sony Pictures has no further release plans for the film,” 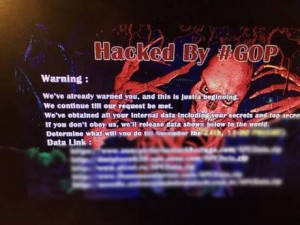 Now a precedent has been set that sends a message to any cyber-terrorist, hacker, and fanatic that by threatening, bullying, and blackmailing you can force your agenda on an entire country who’s whole history and values are based on tenants of the right to freedom of both speech and expression.  It’s a new form of censorship, and an example of irony that may send Sony Pictures to it’s grave, as the talent under the Sony Pictures umbrella (both new and veteran) might be interested in jumping ship to avoid the negative backlash that’s going to be coming that way (if the twitter feed of practically every A-lister in the business, and even political figures, is any indication).  It won’t be just a backlash coming either, as ripples of the decision are starting to already form.  Gore Verbinski and Steve Carrell’s new film set in North Korea, titled Pyongyang, that was to be funded by Fox Studios has just been completely cancelled in the wake of the cyber attacks on Sony.

Relating to the news of the cancellation, Gore Verbinski told Deadline.com

…I find it ironic that fear is eliminating the possibility to tell stories that depict our ability to overcome fear.”

The damage expected by the cancellation of The Interview, as well as the damage already done by the leaked information from Sony’s private servers, that (e-mail correspondence, scripts, and even whole films) found their way on to public servers and have been spreading around like wildfire, is creating a deep unrest within the company that’s been devastating to its reputation.  High ranking Sony employees have been revealed as being less than cordial about the talent in their stable (Angelina Jolie, Adam Sandler, and Bill Murray just to name a few), and it’s no doubt affected professional relations between the executives and artists.  Add this to the five prematurely leaked big budget films that were to be released later in the year, and Sony finds itself with a recipe for disaster that it may never recover from.

So what does this mean?

Well, Sony Pictures has stakes in franchises like Robin Hood, Uncharted, Infamous, Metal Gear Solid, 007, Men in Black, 21 Jump Street, Ghostbusters, Resident Evil, and yes Spider-Man as well.  While the idea of Spider-Man going back to Marvel and getting included in future Avengers related films from Marvel Studios is a nerd dream come true, it’s no doubt that the loss of a major player in motion pictures after many years will send a shockwave through not just the existing franchises who have made had their time in the sun (Men in Black, Resident Evil, and 21 Jump Street) but also the IP’s that have lied in wait for years while Sony

attempted to find a voice for them (Uncharted, Metal Gear Solid, and even the Ghostbusters reboot); not to mention plans to bring Robin Hood back to theaters with his own big screen larger than life superhero adaptation (Archers are cool now! How often does that happen!?).

It’s not the franchises that are hit the hardest by Sony’s decision, but the artists that produce the work that we appreciate and connect with every day.  The general public already has a history of having a damaging effect on much of the work that finds it’s way in to the media, but now these creative endeavors have to contend with the possibility of being hobbled by distributors that have been blackmailed and bullied by extremists in to following a particular set of guidelines, limiting the ability of those with something to say and stories to tell from reaching in to the farthest points of the human experience (an experience that we as a species all happen to share).

Do I think that this travesty of freedom has the ability to damage creative America?

No, of course not.

…but it will definitely leave a scar to remind us of just how fragile it is.