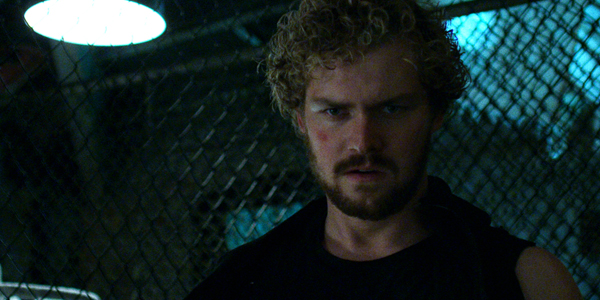 Iron Fist is the last of the Defenders to appear in the Netflix world. The show balances connecting the other three shows, while giving an origin story for the title character.

Danny Rand was killed with his family in a plane crash somewhere over Asia, or so the public thought. Rand returns to the world, a train warrior looking to reconnect with the life he lost. The show captures the world of a man whose last contact with the world at an early age and the early dawn of tech, he carries a first generation Ipod and does not know how to interact with the modern business world. Like the other Netflix shows, there is a slow burn to the story line, but watching Danny navigate this world keeps you coming back for more. It is almost like watching Tom Hanks in Big, Danny is wide eyed and sees so many things in black and white.

The supporting cast is also rich and compelling.Finn Jones nails the innocence of Danny perfectly, and is able to hide his warrior side. When that fighter does come out he is fierce, and the fight scenes might be some of the best of the Netflix shows to date. Jessica Henwick is the one person in the show who is also struggling to balance both sides of her self, and her fights rival Daredevil for being brutal. What is missing at the start of the show is a true villain, there are hints but the real villain remains in the shadows.

For those who expect this to be a fast paced kung fu fight fest they will be let down, but anyone who has watched the Netflix shows should know that every show takes time and actually develops the characters. Danny and the rest of the characters all work well together, and put a spot light on yet another New York setting. The show balances being the bridge to the defenders while still developing Iron Fist and his supporting cast.

Iron Fist starts tonight, and will sure to be a binge watch for Marvel fans this weekend.