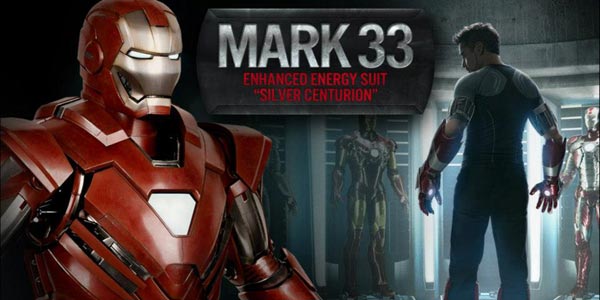 UPDATE 3/28: Yet another two new armors have appeared– Mark 35 is the piledriving “Red Snapper” while we get our first good look at the on-screen appearance of Mark 39, the space-traveling “Gemini” armor that Tony might just wear to venture away from Earth at the end of the movie!  Check out both new armors in the gallery below…

UPDATE 3/27:  Two more armors have been revealed– Mark 17 is the “Heartbreaker” armor, while Mark 38 is the seemingly Warhammer 40k inspired “Igor.”  Check them out in the gallery below!

One of the coolest moments in the latest Iron-Man 3 trailer was the money shot at the end, as Tony Stark commands an entire fleet of Iron-Man armors (possibly with his mind).  It’s a “blink and you miss it” shot, but thanks to the new app on the Iron-Man Facebook page, we’re getting our first good look at some of the wild new designs that will likely show up in May.

So far, the page has debuted Mark 33, the Silver Centurion armor, as well as Mark 40, dubbed “Shotgun.”

In other Iron-Man 3 news, a new international TV ad has revealed that yes, Pepper Potts will don the Iron-Man armor this go around (although not necessarily as her heroic alter ego Rescue).  The video has been disappeared by Disney each time it surfaces online, which seems odd since they’re perfectly fine revealing this quasi-spoiler overseas.

In any event, all this new Iron-Man news is really amping me up for the movie, so it’s certainly doing its job.  It seems like there’s a lot going on in this movie, and I’m hoping it plays out well, instead of feeling manically overcrowded.  I trust Shane Black, and I trust Marvel, and right now everything we’ve seen has me much more intrigued and excited than nervous come May 3rd. 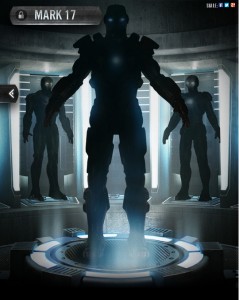 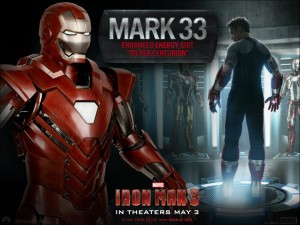 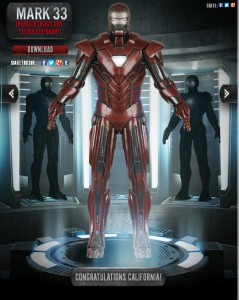 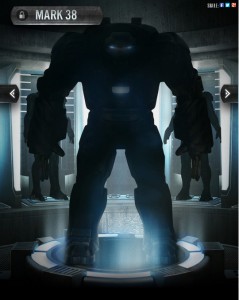 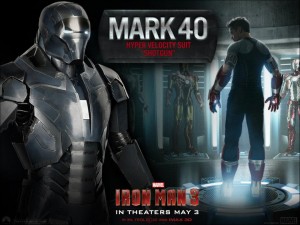 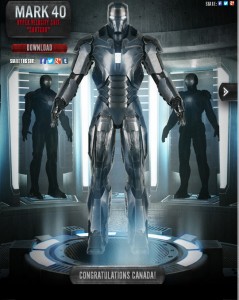 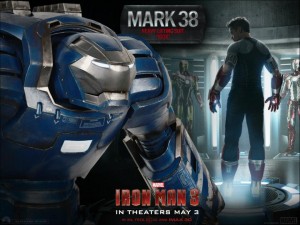 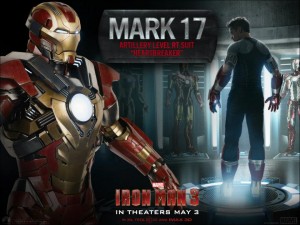 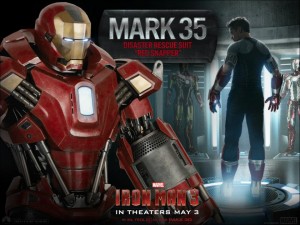 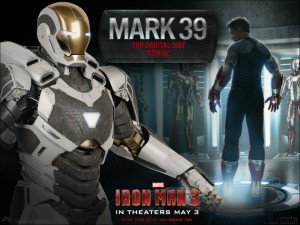