Iron-Man 3 Bowl Trailer Was Something Else 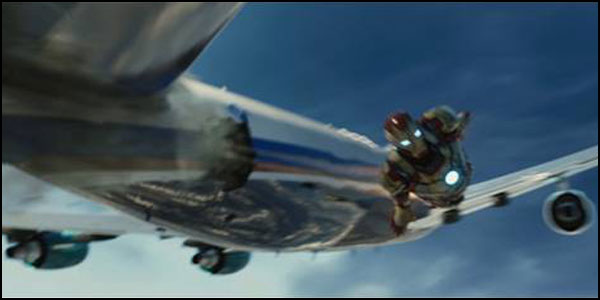 The game day trailer for Iron-Man 3 was the best thing I saw all night.

Marvel is getting better and better at making their awesome movies stand out, and the Iron-Man 3 trailer that played during the Super Bowl was no exception.  Breaking with the typical montage of action beats woven together, this new trailer displayed a piece of only one sequence in the movie… like getting to read two pages of a comic book early.  It certainly felt original, nothing like the other, more typical movie trailers we saw, and the scene itself kicked all kinds of ass!

In it, Air Force One explodes in mid-air, and Tony suits up to rescue the passengers, who are all in free fall. There’s 13 of them… his armor can only carry four.  It’s cool, and comic book-y and overtly heroic, and I can’t wait to see this full sequence in the context of the movie.

A longer version was released online immediately after the :30 second version aired.  It’s cool as well, although much more standard– the first third is all Robert Downey Jr. mugging for the camera, with that perfect balance of annoying and endearing that he pulls off so well.  Then we get thirty seconds of montage, then the scene that aired, which is still the best part: 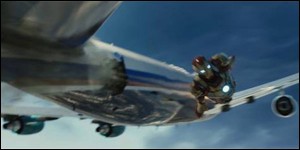