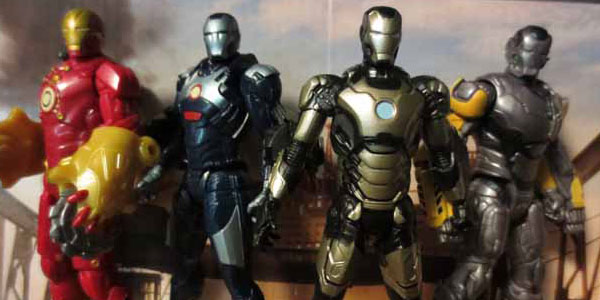 Iron Man Assemblers, the core 3.75″ toy line of Hasbro’s Iron-Man 3 toy series have always been a neat concept.  The modular figures feature interchangeable arms, legs and plug-in gear to customize a myriad of different Iron Man armors, which is one of the more novel action features I’ve seen in a toy line in a while. 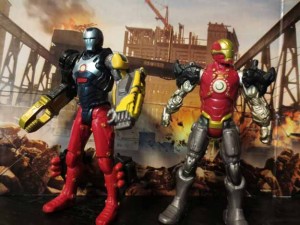 The latest series of Assemblers adds four new figures to the armory– Striker, Sonic Camo, Cross Cut and a new black and gold Mark 42.  Each figure feels unique, and aside from the repainted 42 every one features an all new sculpt.  The detail on these guys is actually quite good, and the varied color patterns make them look very diverse when together on display.

The coolest looking of this bunch is Striker, a new bulky suit in grey and green with hydraulic hammer arms that offer a very unique look.  Cross Cut is also fun, with his twin buzz saw hands making for a cool looking alternate style that’s very in-line with Tony’s “kitchen sink” armor design from the third Iron Man movie. 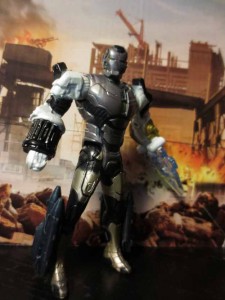 Despite the various colors and bulks of these armors, they still swap out quite well, with more combinations looking cool as opposed to silly, and the arm and leg pegs– whose weakness limited the playability of the first series– are much tighter and more efficient on these new figures.

The biggest drawback of these figures, though, remains their limited articulation.  Once again they sport a ball socket head, ball shoulders and swivel hips and that’s it.  More articulation would have sent these guys over the top, and only added to the appeal of the customizable action feature.  As it stands now, the switch-out parts and the nice sculpting remain their only real draw.

I wasn’t going to keep collecting the Assemblers line, but I happened to find Wave Two on clearance at my local Stop and Shop for $3 each.  At that price, they’re all well worth adding to the collection, if for no other reason than serving as a nice back drop to an armory display.  At full retail price, the mileage on these guys will vary… The action feature remains fun, and I’m glad to see Hasbro tightened up their engineering on this new wave, but I can’t get over how disappointing it is that figures this nice aren’t getting the fully articulated treatment they really deserve. 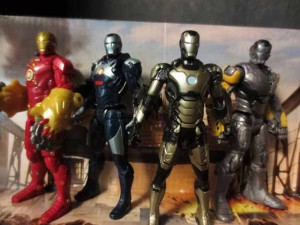 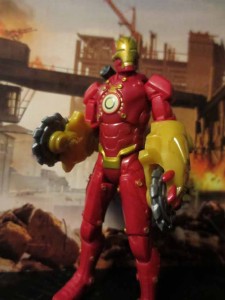 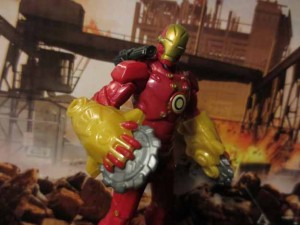 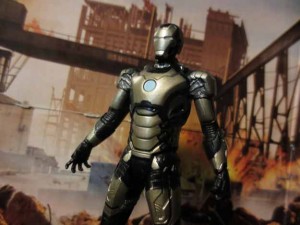 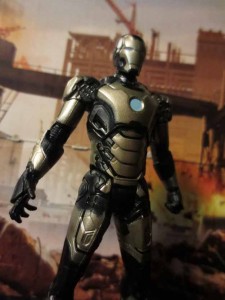 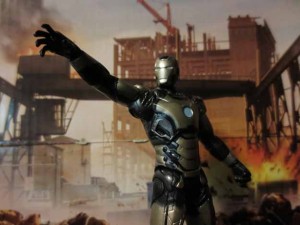 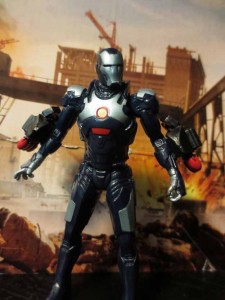 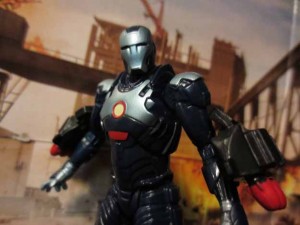 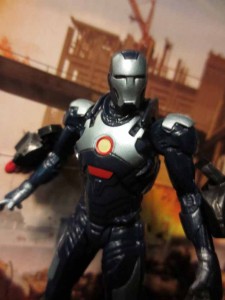 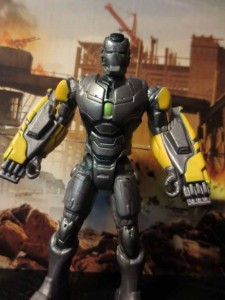 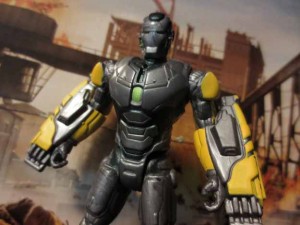 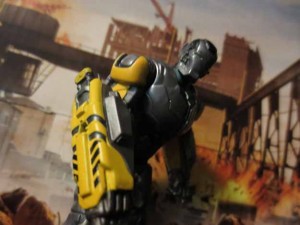 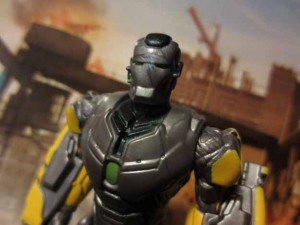 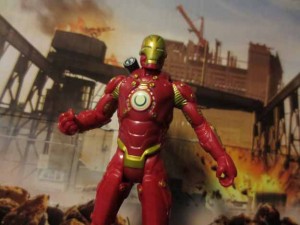 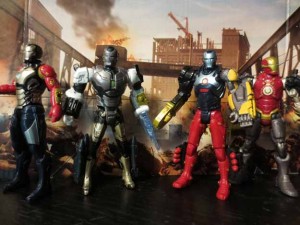 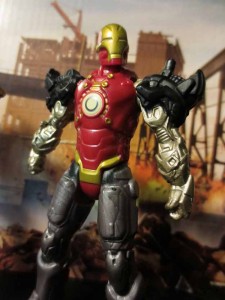 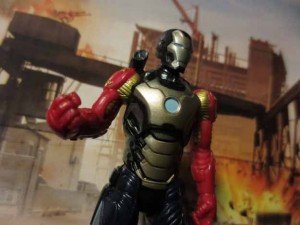 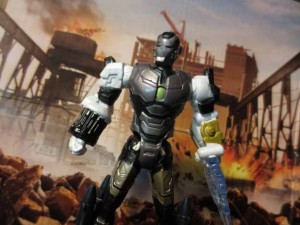