I personally met Irwin back in 2002 at Baltimore Comic Con. He was this little old man, just sitting by  himself. Totally being ignored by fans more interested in who was popular at the time.

I’ll admit, at the time I wasn’t familiar with Irwin, but once I took a look at his table and saw the Wildcat and Green Lantern artwork, I took notice. I told him how Wildcat is one of my favorite characters, and then proceeded to thank him for everything he did for comics. He was so humble and nice. I just had to buy one of his Wildcat commissions, and it’s the only one I own and it’s framed and still hanging up. 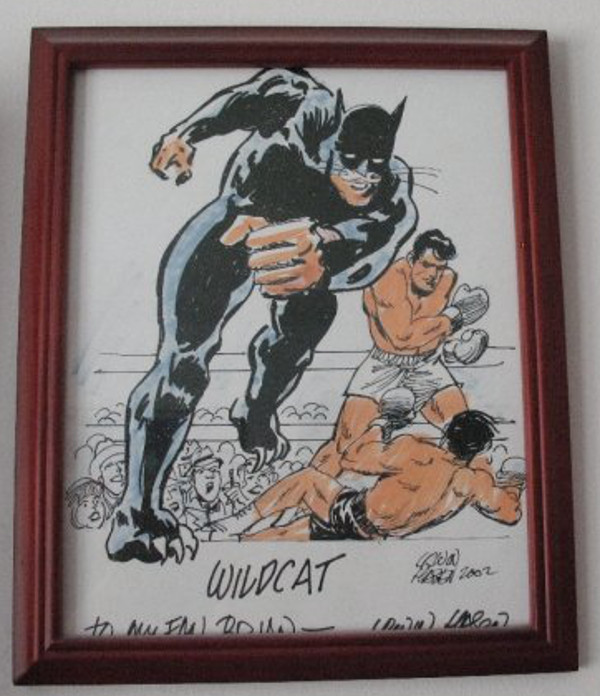 My wife isn’t really into the comic scene, but she never forgot that meeting either.

Since then, I always sought him out at cons he was at. And just always thanking him for everything.

I am truly sad to hear of his loss. So all I can really say is what I kept saying to him:

Thank you Irwin for all your contributions to comic books and creating one of my favorite characters.

You will be missed.