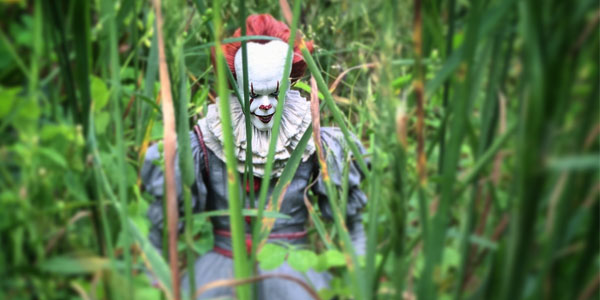 NECA does justice to the demon of Derry as seen in 2017’s big screen adaptation of Stephen King’s It.

Andy Muschietti’s It wound up being one of the best films of 2017. The sleeper smash was smart, scary, stylish… and very, very creepy. The kids were great, but it was Bill Skarsgård’s turn as Pennywise that really brought to movie to horrific life, and everything about that character seemed tailor-made to get the toy treatment by NECA.

Fast forward to almost a year later, and NECA’s Pennywise has become a reality. To say he was worth the wait is an understatement… this is one of the best action figures NECA has ever released. From the intricate sculpt to the perfectly designed articulation to the genius range of accessories and alternate parts, NECA’s Pennywise is truly next-level. 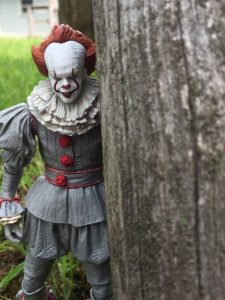 The figure is a perfect representation of the evil clown, and perfectly captures Skarsgård’s likeness. We get three alternate heads– a wicked smile showing off Pennywise’s spider-like front teeth, a menacing, closed-mouth stare, and a tooth-filled maw ready to gobble up his next victim. Between the three heads, the toy can replicate most of Pennywise’s most iconic looks from the movie.

And the rest of the figure is equally great! Pennywise has weird proportions, skinny and almost unnaturally spindly, and NECA’s sculpt captures this design to the letter. Often skinnier figures tend to highlight points of articulation more (since there’s less bulk to hide joints in), but Pennywise features some ingenius engineering which masks many of his numerous moving pieces within the sculpt, which results in the best of both worlds– a hyper-articulated figure with a great range of poseability whose sculpt remains smooth and uninterrupted by unsightly joints.

As in the movie, Pennywise wears a frilly clown costume in a dirty, dusty grey. While this could be dull in plastic form, the folds and billows of the outfit come to life in NECA’s sculpt, and the neutral grey of the figure’s body helps draw attention to the shocks of red and orange in his pom poms, the black of his boots, and the stark white and blood red of Pennywise’s face.

In addition to the alternate heads– which pop on and off the figure’s neck with ease– Pennywise also includes his red balloon, complete with a bendable wire string that allows for very realistic and easy posing options, and the SS Georgie, the paper boat that incites the events of the story. The villain also comes packed with alternate hands designed to hold these accessories, as well as a pair of strange open-fingered hands which lend themselves well to Pennywise’s performative clown nature.

NECA has also released a variant Pennywise exclusively at Gamestop, with an alternate blood-stained deco, glowing yellow eyes, and an exclusive Georgie’s severed arm accessory. Your mileage may vary as to which version you like best, I think there’s definitely benefits to both versions of the wicked clown. You can order the Gamestop variant HERE, and find the standard Pennywise figure at specialty retailers now and select Target stores very soon. 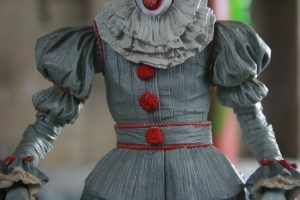 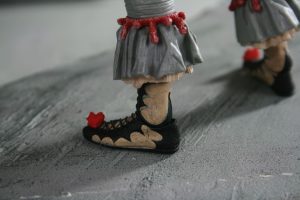 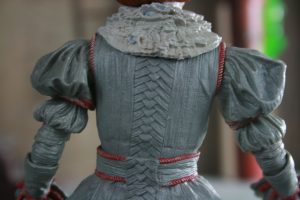 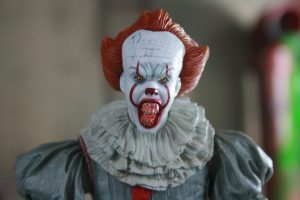 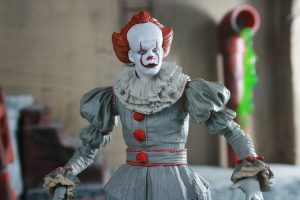 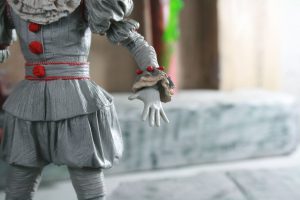 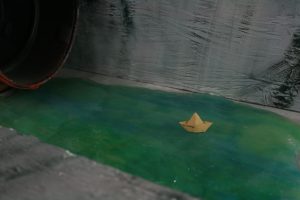 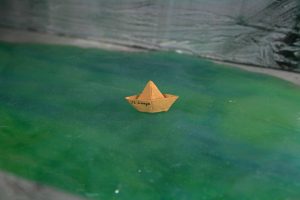 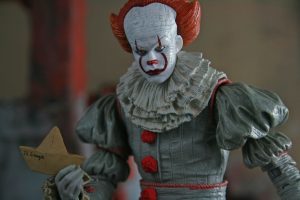 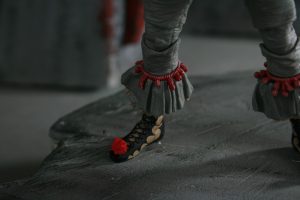 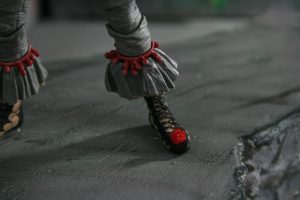 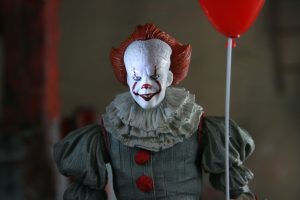 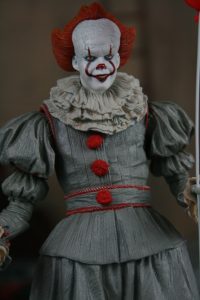 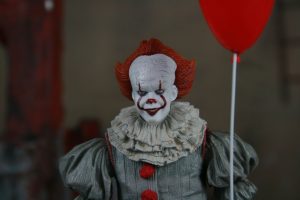 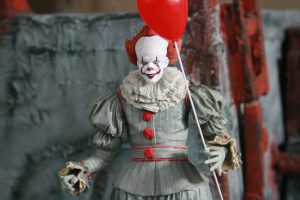 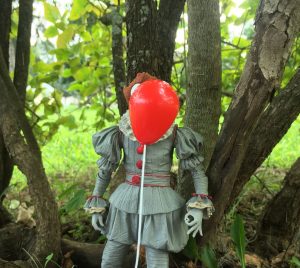 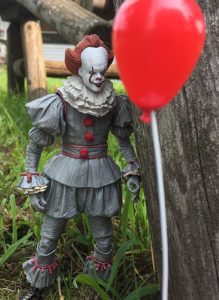 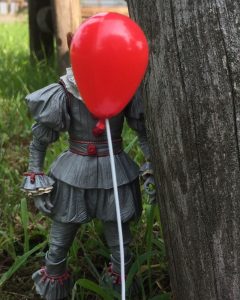 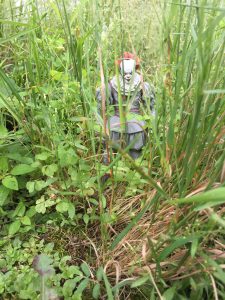 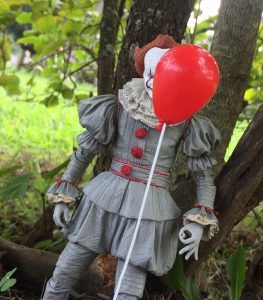 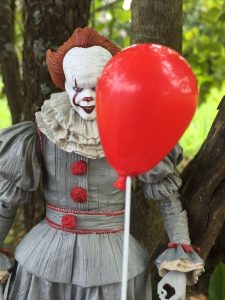 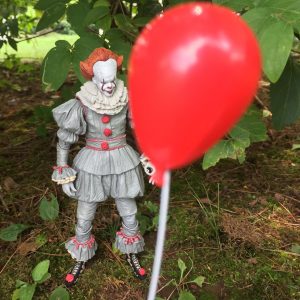