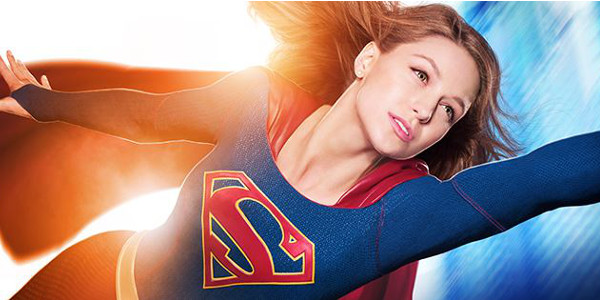 NEVER-BEFORE-SEEN “SUPERGIRL” FOOTAGE FROM UPCOMING EPISODES TO BE UNVEILED DURING THE SECOND SEASON PREMIERE OF “SCORPION,” ON MONDAY, SEPT. 21

CBS will debut never-before-seen footage from upcoming episodes of SUPERGIRL during SCORPION’s second season premiere, Monday, Sept. 21 (9:00-10:00 PM, ET/PT) on the CBS Television Network. The 75-second trailer will give viewers the first look beyond the pilot at one of the most buzzed-about new series of the fall.

After the trailer’s broadcast debut, it will be available on www.youtube.com/supergirl.

SCORPION was last season’s #1 new Monday program in viewers and key demos. In the second season premiere, “Satellite of Love,” the new Director of Homeland Security (guest star Alana De La Garza) reunites the team when a nuclear-powered Russian satellite is knocked out of orbit and must be diverted before it detonates over Southern California. Also, Paige (Katharine McPhee) and Walter (Elyes Gabel) must face their feelings for each other after hospital footage reveals Paige kissed him.