Jabba the Hutt is Almost Perfect 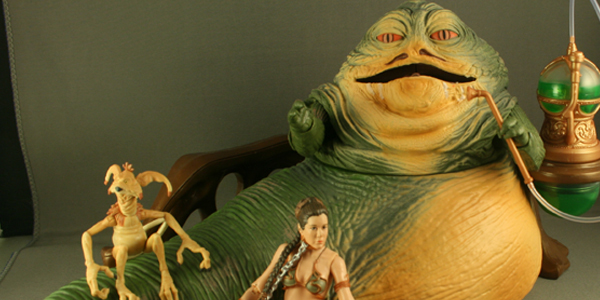 Jabba the Hutt is the first large scale figure for the 6′ Star Wars Black line, and he is close to perfect.

At SDCC this year Hasbro gave fans their first chance to own Jabba the Hutt. He was packaged in a very nice box, which gave fans a mini diorama to display him. For those of us who got him at the Con, it was too difficult to get him home in his box, because of its size, so he cam home loose with me. It was not easy to ditch the box, but in the end a cardboard diorama would not stand up over time.

The figure, if you can call a piece this size a figure, brings the villain of Return of the Jedi alive. The skin of the figure is made of a softer plastic, giving him a realistic look. They even gave him drool coming from his mouth. He has a few articulation points at the midsection, shoulders, elbows, and wrists. When his arms are moved up and down at the shoulder, his mouth opens and closes.

What makes this version different from the retail version are the extras. The SDCC version comes with a rail, which holds his “fish bowl” and pipe, and Salacious Crumb. The rail and pipe are feats that make the collector in me wish they had made his throne, which would have raised the price. Give how well this figure came out, I don’t think any collector would have turned down a real throne for an extra $20 or $30. Jabba’s pet Salacious Crumb has a few articulation points that allow him to sit perched on his master’s tail, or on the rail.

Overall this was a great exclusive, a much higher price compared to the retail version, but worth it considering the extras. 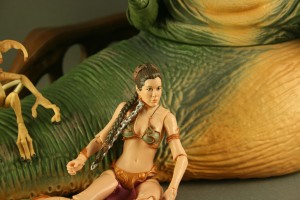 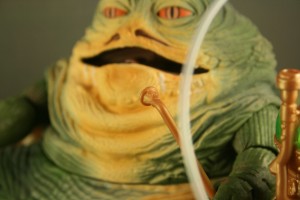 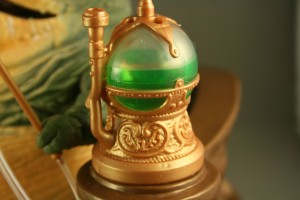 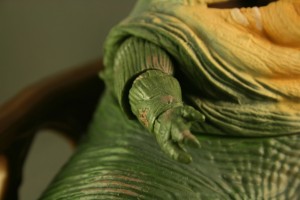 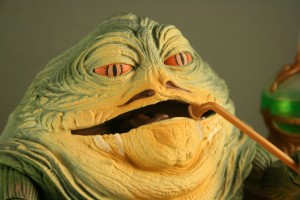 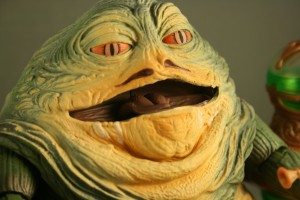 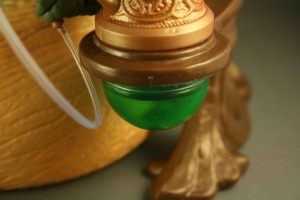 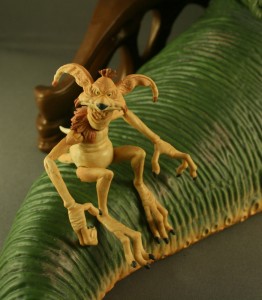 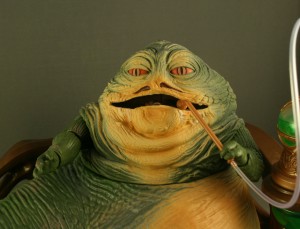 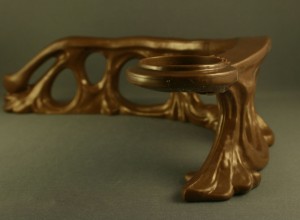 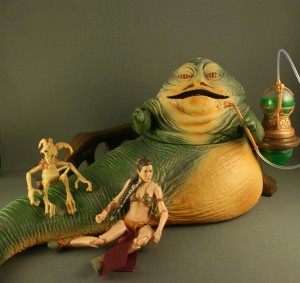