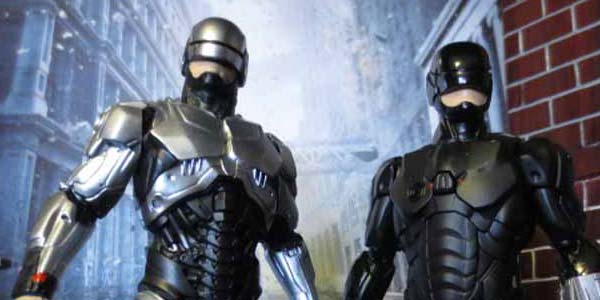 The new Robocop reboot gets the toy treatment thanks to Jada Toys.

The Holidays are always the most fun time to be a toy collector, as stores start to stock up so fast and furious that new products turn up literally overnight.  The first surprise find of the season are the new Robocop movie figures, coming from Jada Toys.  With the movie coming out in February, I guess November makes sense to release the toy line to go with it, but I was still totally surprised to find these guys on the shelf at my local Toys R Us, so I decided to give them a look. 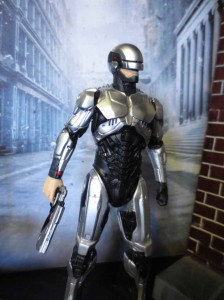 Jada has released two scales of figures in their line, a pair of 3.75″ Robocops as well as two 6″ figures with light-up visors.  The series also includes a few Robocop bikes and a deluxe talking figure, but I opted to just snag the two scales of action figures.  I’ll be looking at the 6″ figures first, but check back in a few days for a writeup on the smaller figures, too.

I’ve got plenty of issues with the new movie designs (and the movie, for that matter), but Jada did a good job of translating Robocop’s new look on these figures.  Each figure is a fully unique sculpt, and they share the same articulation pattern:  Swivel head, ball shoulders and hips, and injection molded elbows and knees.  It’s not a bad setup, although wrist or ankle joints would have helped a lot when it comes to posing.  Likewise, the limited neck and lack of torso articulation is a bit limiting in what these guys can do, but they at least make up for that with their light-up visors, which glow red when the button on their chest in pushed.  Personally, I would have preferred more articulation instead of this feature, but it is neat and adds to the fun of these guys. 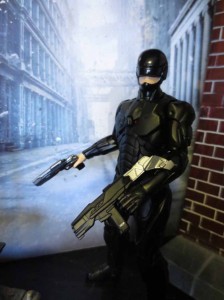 Each version of Robocop includes two guns– his pistol and a rifle, and he can hold either or both weapon quite well.  The detail on each figure is pretty good, with the armored plating and inner mechanics of each figure on display and the simple-by-design paint work is clean and crisp.  I still think Robocop’s “human” hand is a little bit silly, but it goes a long way to break up the color pattern of these figures, especially the all-black 3.0 version.

There’s a nice attention to detail in some areas– I like the sculpted OCP badge on 3.0’s chest, as well as the company’s logo stamped onto the guns– while some things seem overly soft, especially the mouth area of 3.0.  I can’t tell if it’s just paint that’s applied too heavily or a lack of sculpted detail, but the figure’s mouth seems virtually non-existent.  It’s only noticeable up close, though, so it’s not a real dealbreaker for me.

The price on these figures goes a long way in making up for any of their minor shortcomings.  At only $11.99, the Robocop figures are a steal compared to any other 6″ figures on the market.  It’s a great price point, and one that makes the figures feel well worth the purchase.  After having these toys in hand, I still can’t say I’m sold on the idea of a Robocop reboot, but in spite of that these figures are a pretty fun new addition to my collection. 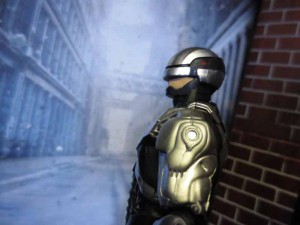 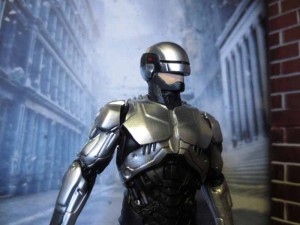 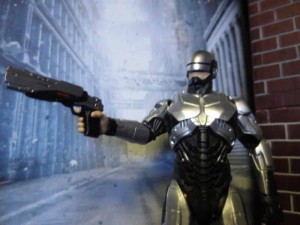 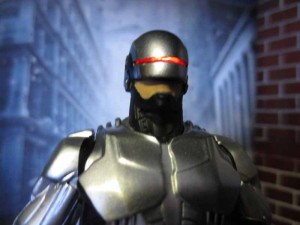 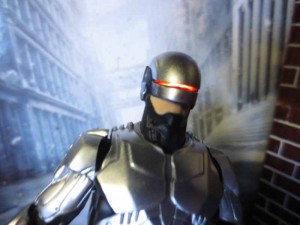 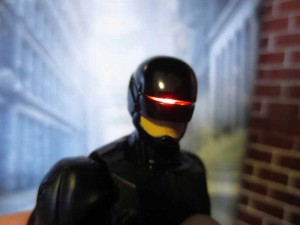 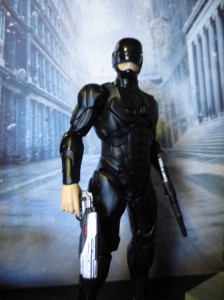 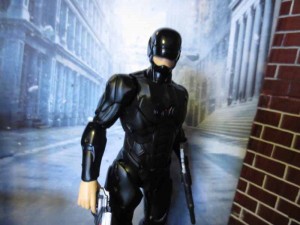 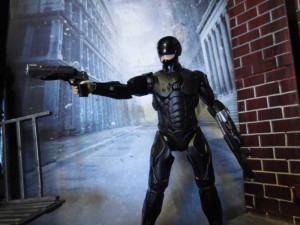 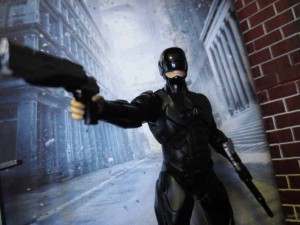 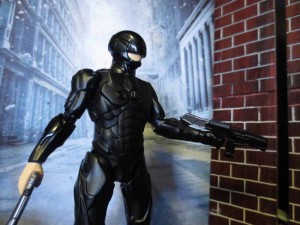 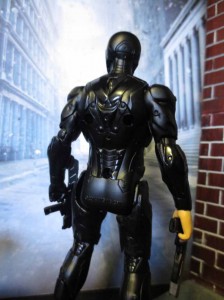 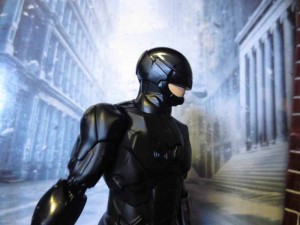 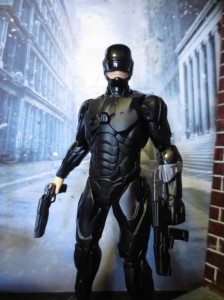 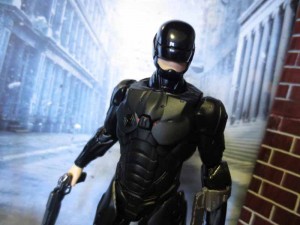 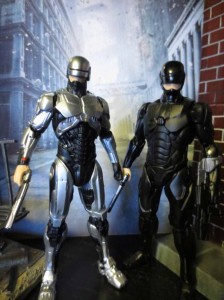 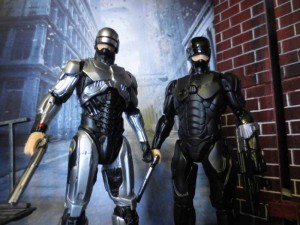 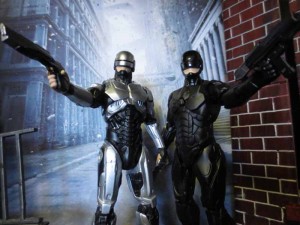 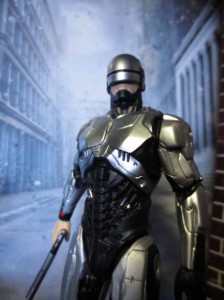