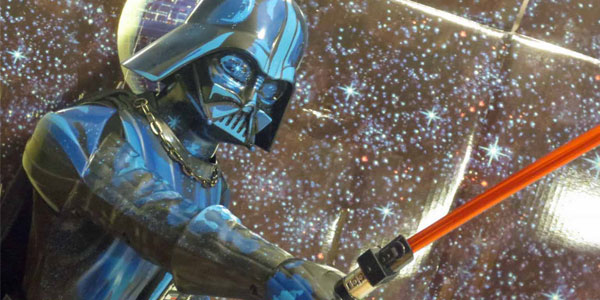 Last year at Comic Con, Jakks Pacific released a very cool, highly stylized Big Fig exclusive with their “Joker’s Wild” Batman.  At the 2017 show, they dropped another artistic variant, this time inspired by the 40th Anniversary of Star Wars.  The “Hildebrandt” Darth Vader re-releases the 20″ Sith Lord with a unique paint deco based on the original Star Wars movie poster painted by the brothers Hildebrandt.  You know the one: 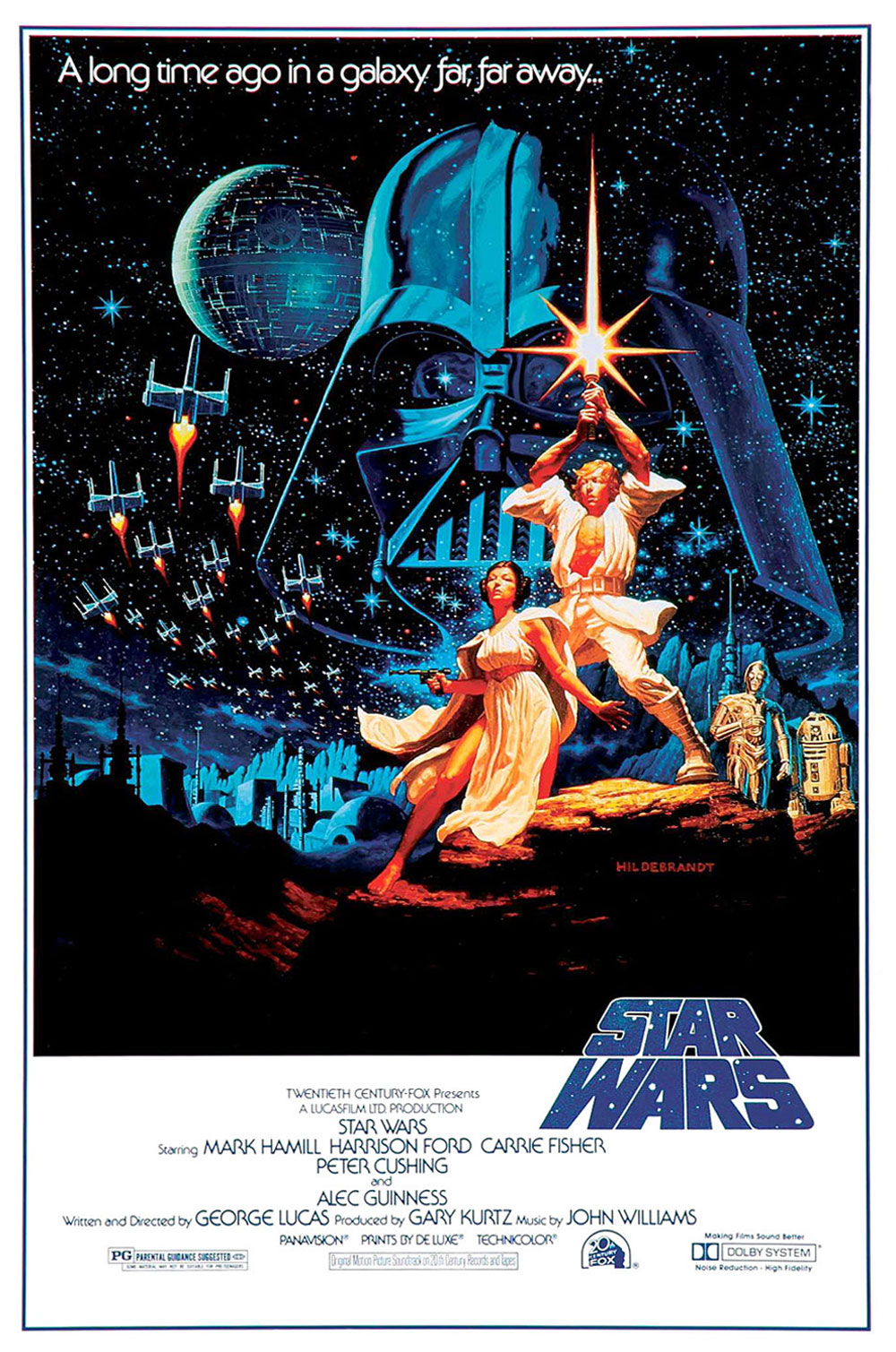 Jakks’ figure replicates Vader’s look on the poster quite nicely, with heavy brush strokes of blue highlighting his black armor, along with a speckled star pattern across the figure’s frame, stemming from a shining star in the center of the right lens of his iconic mask. It’s a very cool effect that straddles the line between posterized and comic book-y… making this a perfect variant to release at Comic Con.

The figure itself is pretty nice, featuring a detailed, film accurate sculpt, and a good sense of inter-series scale– Vader towers over other Big Figs… as he should.  Jakks opted to use the action feature Vader for their base, meaning the figure loses some of his already limited articulation, but he gains the gimmick– squeeze Vader’s legs together and his lightsaber wielding arm swings up to attack.  It’s a fun feature, akin to the old leg-squeeze activation in vintage toys like Kenner’s Super Powers, and it certainly increases the fun factor with this exclusive. 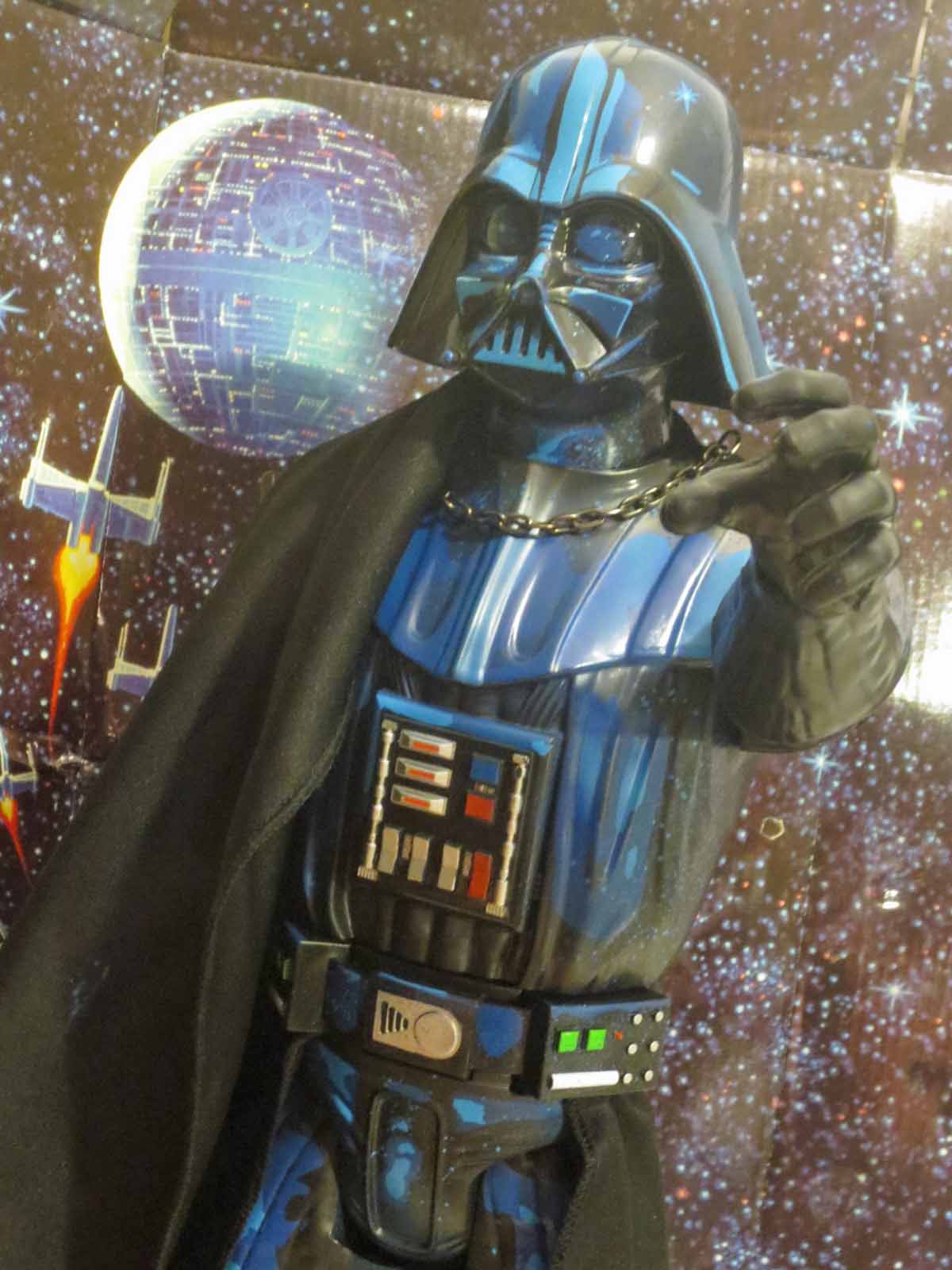 Vader features a cloth cape with real chain, and joints at the neck, shoulders, waist, and hips… although many of these are taken over due to the action feature.  He comes packed in a very nice window box which reflects the starry blue backdrop and painted characters of the Hildebrandts’ vintage posters, completing the painterly effect of this figure even inside the package.

It’s rare to see a Darth Vader colorway variant that hasn’t already been tackled by Hasbro… but Jakks found a perfect one for this exclusive. It’s a clever concept, perfect execution, and overall a fantastic tribute to celebrate Star Wars’ 40th anniversary.  Thanks to Jakks Pacific for sending along this figure for review. I’m stoked to add him to the Star Wars Big Fig collection! 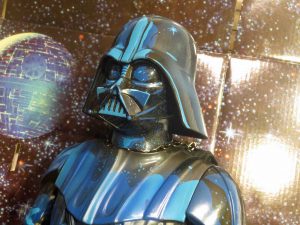 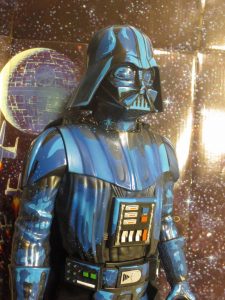 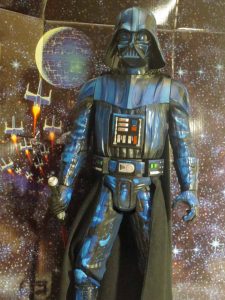 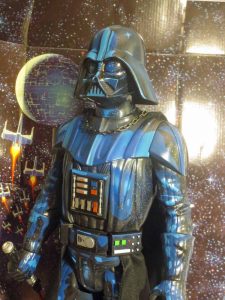 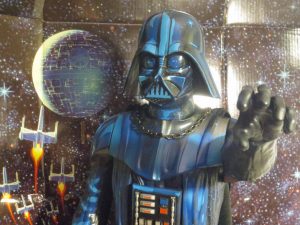 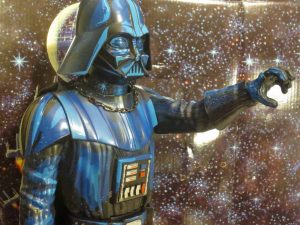 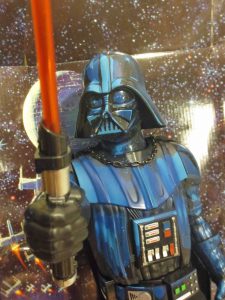 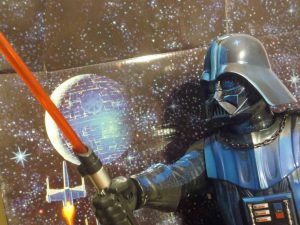 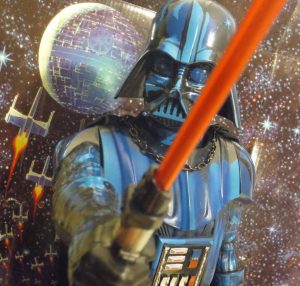 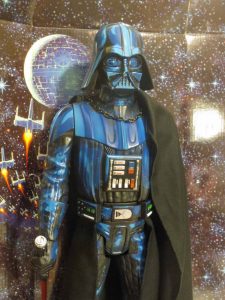 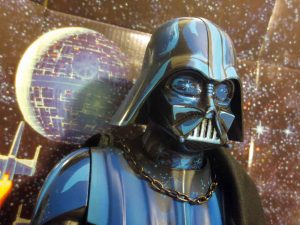 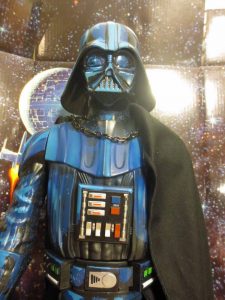 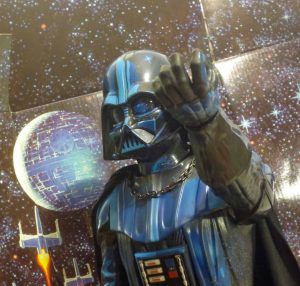 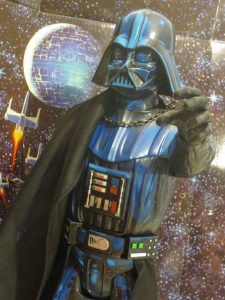 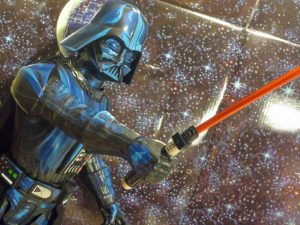 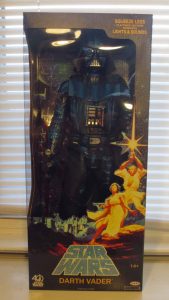 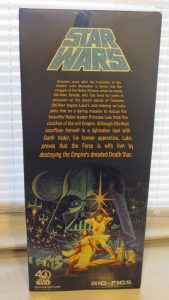 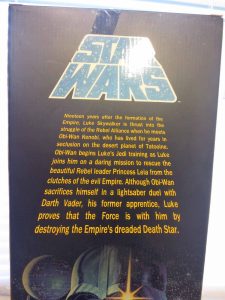 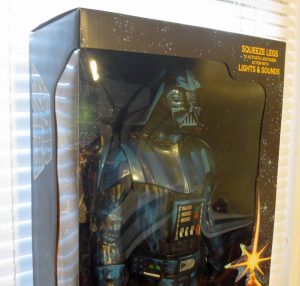