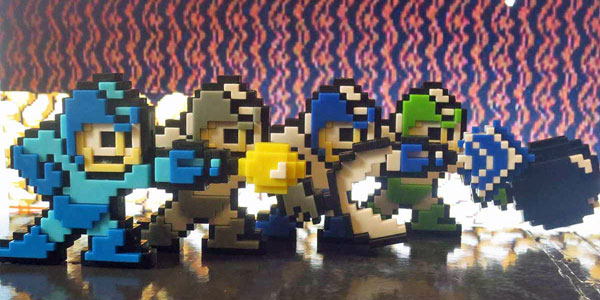 Jakks Pacific is expanding their retro World of Nintendo, with a new line of toys based on the original Mega-Man video game. A set of four two-packs based on the first Mega-Man video game is now exclusively available at Gamestop, depicting our robotic hero, his various power-ups, and his Robot Bosses in 8-bit form. Like the 8-bit World of Nintendo releases, these figures are designed to emulate their pixellated appearances, complete with primary colors and blocky aesthetics.

Each set features two 8-bit figures, a variant of Mega-Man and one of the bosses from the first game. In total, we get Mega-Man, Hyper Bomb, Ice Slasher, Rolling Cutter, Guts Man, Cut Man, Fire Man, and Electro Man. Each figure perfectly captures their pixellated on-screen appearance, and– unlike Jakks’ World of Nintendo retro figures, are double sided, so they can face in reverse direction.

The figures feature moving arms, hinged to raise and lower, as well as plug-in accessories which represent their various weapons from the game. Between the mix, we get all six energy blasts, along with most of the villians and Mega-Man upgrades. To complete the first game, we still need Bomb Man and Ice Man, as well as Mega-Man’s Super Arm, Fire Storm, and Thunder Beam upgrades, which I’m hoping Jakks will release in future assortments.

There’s no paint work at all on these figures, which are assembled entirely on colored plastic connected together into 8-bit grid patterns. The color casts are perfect, though, along with the black baseline each figure’s frame in sculpted on. And their wider feet mean every stylized figure can stand very stably, despite their relatively two dimensional nature.

I love the overall, game-accurate aesthetic of these figures, as well as the swappable accessories (so Cut Man can wield a bomb, while Guts Man can brandish a Fire Man flame effect, and so on. It’s a fun feature that adds to the playability of the figures, while maintaining the overall vibe of the original video game.

Look for the Mega-Man 8-Bit collection at Gamestop stores now. A more traditional Mega-Man action figure is coming soon, and hopefully more 8-bit and classic figures will be available in the near future. 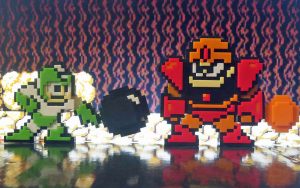 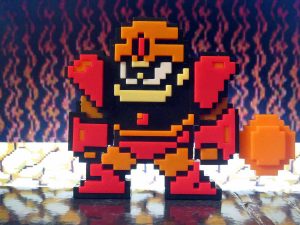 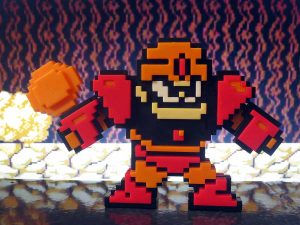 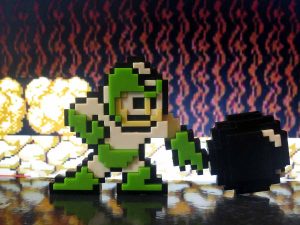 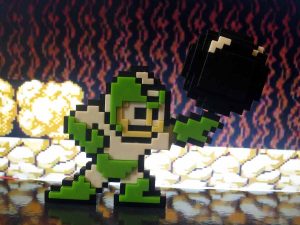 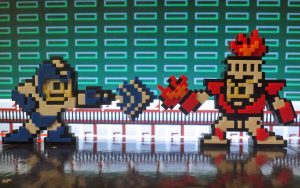 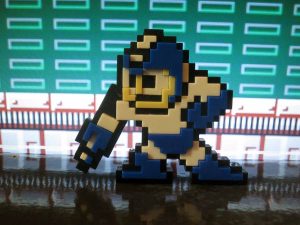 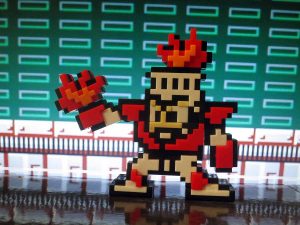 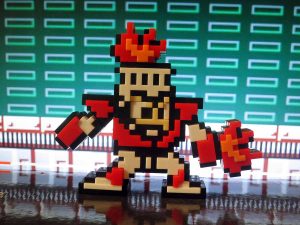 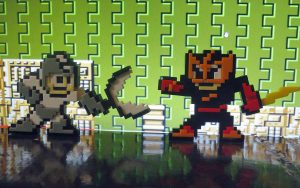 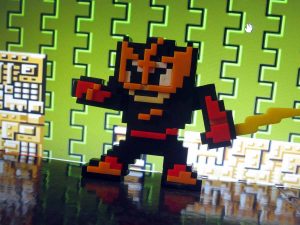 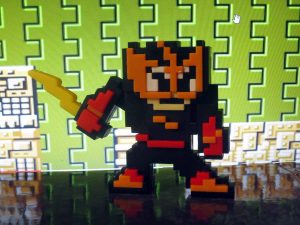 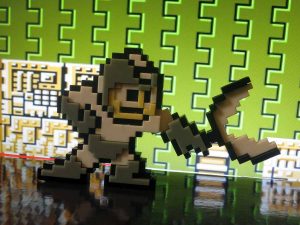 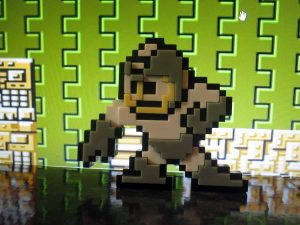 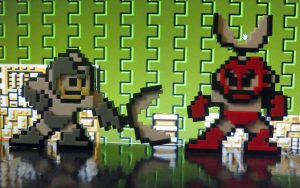 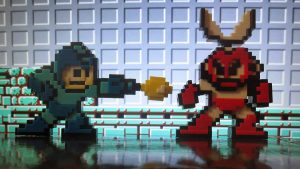 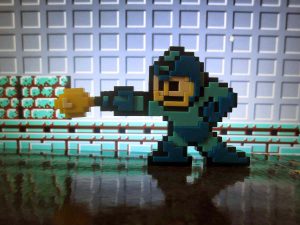 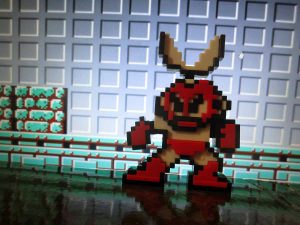 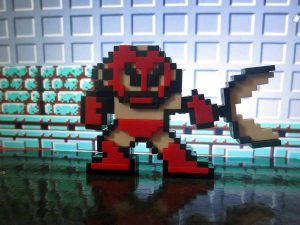 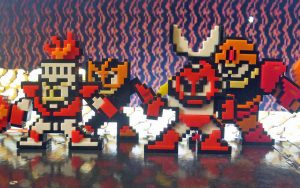