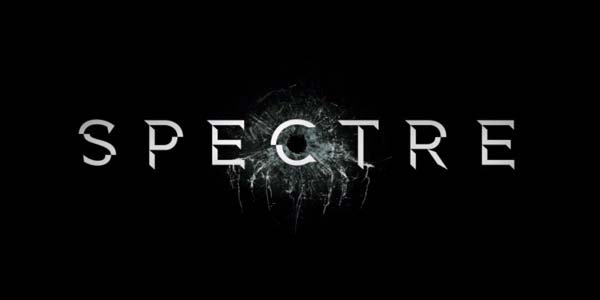 Get ready for a new super villain, some great Bond women, and the return of SPECTRE!

This morning Eon hosted a press conference that revealed a healthy dose of details about the 24th James Bond movie, which we now know will be titled SPECTRE.  Here’s the rest of the takeaway…

Of course, the title tells us a few things… not only will the sinister terrorist organization return to the current Bond mythos, but this title lends a lot of credence to the rumor that our new villain, Christoph Waltz, will actually be 007’s classic arch nemesis Blofeld.  In any event, we’ve finally got a Daniel Craig Bond film with a villain’s name as the title, a Bond tradition that, quite frankly, I’ve been missing.

I’m totally stoked about this news.  As a die hard S.H.I.E.L.D. vs Hydra/ Man From U.N.C.L.E. geek, the more shadowy espionage organizations, the better, I say.  While the first two Daniel Craig movies definitely attempted to ground the secret agent in as much reality as possible, I feel Skyfall found a very nice balance bringing back some silliness to Bond’s universe without going too far.  SPECTRE seems like the kind of thing that will fit right into the tone set by returning director Sam Mendes and his creative team.

But it’s not all about the bad guys!  While we sadly won’t be seeing Jeffrey Wright’s Felix Leiter in this new movie, we are getting Ben Wishaw’s amazing Q, Rory Kinnear as Bill Tanner, Naomie Harris as Miss Moneypenny, and Ralph Fiennes as the brand new M.  And we’re treated to two new Bond women, both of whom make for interesting choices.  Monica Bellucci will play Lucia Sciarra, while Léa Seydoux is Madeleine Swann.  Seydoux has done some great work in critically lauded movies, ranging from Inglorious Basterds to The Grand Budapest Hotel and Blue is the Warmest Color.  And Bellucci, despite her beauty and strong collection of great roles, is actually one of the most mature Bond women in the franchise’s history, which I think is totally awesome!

So there’s a lot to be excited about for 007 fans today… I’d be hard pressed to find a Bond fan who didn’t dig on Skyfall, so having the same team return behind the cameras for a new story that will sport a killer cast and a totally classic villain organization– that could very logically rise from the ashes of Quantum in this continuity– seems insanely promising.

I’m excited to see exactly how Spectre will re-materialize in Bond continuity… but I think the new poster gives us a great hint, with the cracks in the glass around the bullet hole most definitely taking on the shape of the classic Spectre logo’s tentacles: 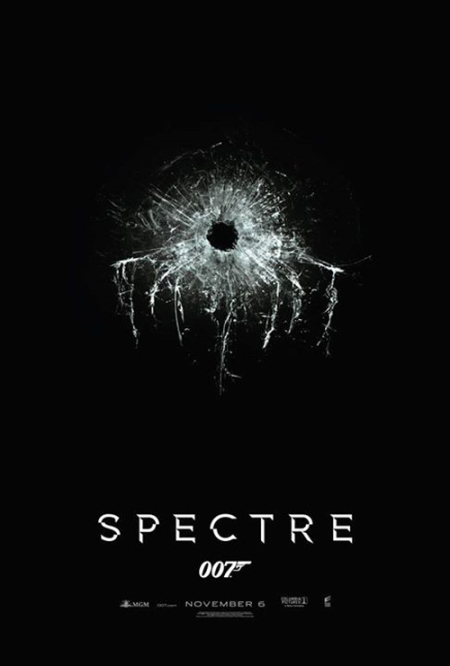 It’s gonna be a long wait til next November….