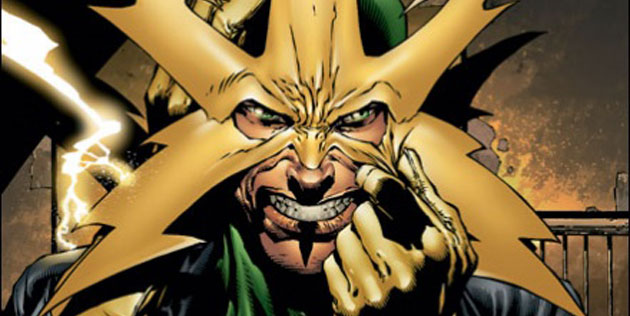 Jamie Foxx explains how the on-screen Electro might be the most interesting version of the Spider-Man villain we’ve ever seen.

Jamie Foxx is busy promoting Django Unchained, and he’s been dropping clues about his appearance as Electro in the Amazing Spider-Man sequel along the way.  In his recent chat with MTV, Foxx gave a few not surprising bits of info (big surprise— he won’t be wearing the goofy green and yellow lightning bolt costume)… but also some intriguing hints about the movie Electro’s backstory.

Foxx describes his Electro as a painfully neglected genius who, after a run-in with Spider-Man begins to believe he’s the web slinger’s partner.  I’m willing to bet that Peter sets him straight, either intentionally or otherwise, leading the tormented would-be hero to seek revenge on his former idol.

It seems like a pretty cool take on the not overly interesting C-lister villain.  If nothing else, this setup is sure to establish a personal connection between Peter and Max Dillon, to “ground” their conflict (get it?).  I’m really hoping the Spidey sequel turns out better than the first one.  Foxx is a strong actor to play the new villain, but casting was one of the few areas of the reboot that didn’t fall short, so even with a bad guy of this pedigree on board, I’m still nervous about the movie.

We’ll see how things go as the sequel continues to develop, but taking some smart liberties with a relatively blank slate villain like Electro makes me think Marc Webb and his team could be on to something.