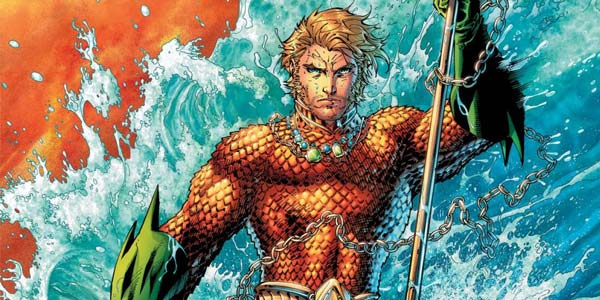 The aquatic hero will take center stage for his own movie.  And will also be played by Jason Momoa.

Word that Jason Momoa had been cast as Aquaman in the upcoming Batman vs. Superman first surfaced in late 2013, but despite these rumors evolving into actual, obvious reports in the months since, Warner Bros had kept their mouth shut in regards to an official confirmation.  While Momoa’s casting is still not officially official, we’re a step closer as it has been confirmed Warner is developing a solo Aquaman film.

This makes sense, as Warner and DC have, much like Marvel Studios, reserved a whole heap of release dates for as-yet-unannounced movies.  The Aquaman solo movie will no doubt take one of those spots, post- Batman vs Superman.

What makes a little less sense is they are having two separate screenplays written for the film.  Both Will Beall (of Gangster Squad notoriety) and Kurt Johnstad (300 Rise of an Empire) have been tapped to write… but it’s not a collaborative effort.  I would guess the rationale here is to see which story works better overall, but writing a full script to get past the pitch phase seems a little silly to me.  Then again, this is from the folks who actually subtitled their first big tentpole movie “Dawn of Justice,” so it’s clear that silliness exists everywhere except on the screen when it comes to DC’s comic book movies.