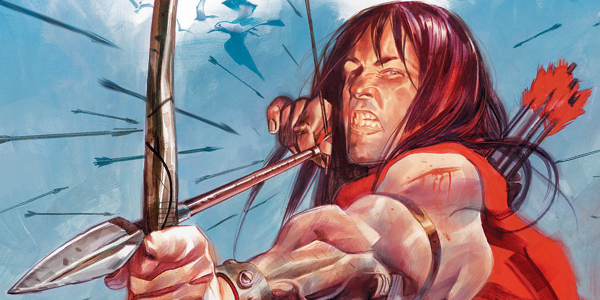 There was no shortage of awesome books on shelves this year — Valiant made an epic comeback, Dark Horse has been on fire with killer new series, DC’s New 52 is in full swing, and even Marvel pulled out some surprises.  That said, it was tough narrowing down just a handful of books that were head and shoulders above the rest, but here we go… 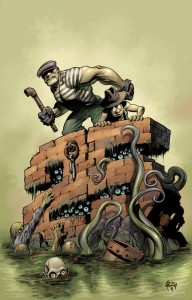 One of this year’s biggest surprises was seeing The Goon hit the shelves on a monthly schedule.  How creator Eric Powell manages to write and illustrate a book of this quality on a monthly basis is anyone’s guess, but I’m certainly not complaining.  Whether settling union disputes, competing in unholy drag races, or battling supernatural forces conjured by witchcraft, Goon and his fast-talking pal, Franky, are consistently placed into brilliantly self-contained and entertaining scenarios.

Issue #38 was one of the most powerful, moving comics of 2012 and was followed a month later by some of Powell’s silliest work — a hilarious lampooning of everything wrong with the comic industry today.  With beautiful artwork elegantly steeped in the macabre that seems to leap off every page and panel, no other book on the market reads or looks quite like The Goon.  It’s something that you simply need to see in order to fully grasp how special this series is. 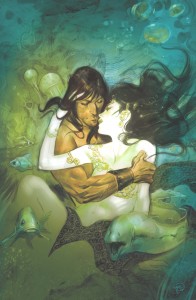 Brian Wood’s run on the latest Conan series has been nothing short of amazing, sharing aspects of the titular character that many readers may not have ever experienced.  Inspired by Robert E. Howard’s “Queen of the Black Coast” novelette, this year’s Conan books have centered around the young Cimmerian’s relationship with the beautiful, ivory-skinned, Semitic pirate, Bêlit.  The love and respect that Conan and the Pirate Queen share for each other lead the two to as much self-discovery as adventure.

We get to see Bêlit completely out of her element on Cimmerian soil, where she is regarded as little more than a frail wretch.  Similarly, Conan’s devotion to his Queen resulted in a less hard-nosed warrior than most are accustomed to.  Readers will see the character revel in a rarely-seen lustful complacency, but also battle with feelings of guilt, remorse, fear, abandonment, and jealousy.  It’s been a fantastic, multi-faceted take on Conan and one that everyone should be checking out.  Even if you aren’t a Conan fan now, you certainly will be after reading this series. 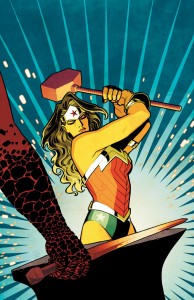 DC Comics’ “New 52” stunt last year actually yielded some pretty impressive titles, but many were quick to decline in quality.  A few of the relaunched characters maintained a fresh, unique voice that have set them apart from previous iterations (Snyder/Capullo’s Batman & Jonah Hex from All-Star Western come to mind) but none were as vastly improved as Wonder Woman, who has been given new life by writer Brian Azzarello and (mostly) regular artist Cliff Chiang.  Drastically altering Diana’s origin story and motivations, the narrative inherited a decidedly darker tone.  Frankly, this may be the all-time best interpretation of a great character that time was simply unkind to.

Set in a world where Greek Gods walk freely among us, we are introduced to Diana as she comes to the aid of a young woman named Zola, who carries Zeus’s latest illegitimate child.  See, Zeus has a nasty habit of seducing mortals, much to the chagrin of his wife Hera, who regularly hunts down and kills his bastard offspring in a fit of rage and jealousy.  Wonder Woman’s mission to protect Zola takes her (literally) to hell and back and has provided a consistently wonderful read.  The creative character designs and slow reveal of just who Diana is and what she is capable of put this one high on my list this year. 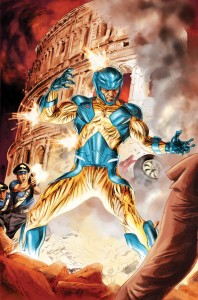 This was the very first title Valiant launched their big comeback with earlier this year — and what a comeback it was.  This series really hit the ground running, featuring incredible artwork by Cary Nord while writer Robert Venditti provided the perfect modernization of an already great backstory.  Visigoth warrior Aric of Dacia is abducted from ancient Rome by a grotesque alien race known as The Vine and enslaved about their vessel in deep space for years.  During his escape year later, his finds and bonds with a revered relic in the Vine’s possession, a sentient suit of armor called Shanhara, which allows him to escape and be transported back to Earth.

During Aric’s time in deep space, however, sixteen centuries have passed — he returns to the planet as a primitive man in a suit of armor that is more technologically advanced than anything we have ever seen.  It’s a brilliant set up for sure and the creative team has kept the momentum going month to month, continually building to 2013’s epic climax, Planet Death, in which Aric sets out to take the fight to the Vine homeworld preceding their full-scale invasion of Earth. 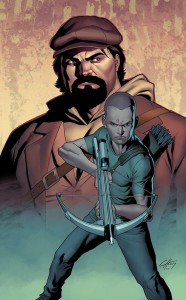 Last but not least, we have Fred Van Lente’s masterpiece, Archer & Armstrong.  This off-the-wall title features a fun-loving immortal named Armstrong and a sheltered young man, Obidiah Archer, who can mimic virtually any fighting technique.  Raised in a creationist theme park by a cult bent on unlocking the secrets of a mysterious ancient artifact, Archer is sent to assassinate Armstrong to prevent him from interfering in their plans.  The two have a chance encounter but, before they can settle their differences, they’re both kidnapped and imprisoned by the “One Percent,” a group of bull & bear-masked aristocrats who worship Mammon, God of Greed and Excess, and plan to stabilize the Euro by destroying Greece.  …and that’s just in the first issue.  With brilliant character interactions reminiscent of the greatest “buddy” comedies and no shortage of fast-paced action, it’s one of most overtly fun books on shelves today.  Archer & Armstrong is definitely one that I look forward to most each month.

So there you have it – five books that no comic fan should go without reading.  Check out our Comics Editor, Adam’s, list here for another take on the best this year had to offer.