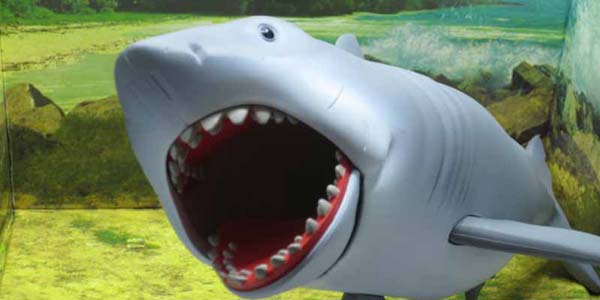 2015 has seen some pretty cool new additions to Funko and Super7’s ReAction line, but undoubtedly the coolest– and best executed– is their Jaws collection.  Based on Steven Spielberg’s classic, this series features our three shark hunting heroes, and, of course, the Great White shark who menaces the beaches of Amity.

The three humans are all great, featuring sculpts that remain simplistic yet pack in just enough detail to feel authentic to the early 80s Kenner design sensibility.  While this set is, in essence, three dudes in plain clothes, the likenesses to the actors add a charm that totally makes them unique.  While they’re deliberately not photo realistic, the portraits of Brody, Hooper and Quint are instantly identifiable as soon as you look at them.  The figures all feature the standard five points of articulation, as well as accessories– a shotgun and pistol for Chief Brody, a camera for Hooper and a spear gun for Quint.

As cool as these figures are, the true star of this set is the shark, who came out so much better than he could have.  While the shark still maintains the simplified, retro aesthetic that ReAction goes for, he features some great little details which give him personality and separate him from other dollar store style shark toys.  The scars around the shark’s face are perfectly executed, adding just enough realism and toughness to make this guy extra imposing.  Inside his mouth, the shark features several rows of teeth, establishing a great sense of depth, especially when his articulated jaw is open.  Inside, the shark is hollow, which is actually great– just like in the movie, this beast is big enough that he can swallow and entire action figure!  This action feature ups the play factor of these figures perfectly.  The first thing I did when I opened these guys up was to re-create the movie’s finale, with the shark devouring a defiant Quint… and it looks awesome!  I dare you not to do the same thing if you pick these figures up.

The retro packaging for these figures is really cool, using the iconic Jaws poster as a backdrop, alongside the familiar coffin-style blister bubbles to house the figures and gear.  The shark is packed in a window box, which uses the same movie poster design, and establishes a great sense of continuity between the creature and human figures.  As cool as the card art may be, the Jaws ReAction figures are so much fun to play with, it would be a crime to keep them boxed up.

My one complaint with these figures is one I’ve called out Funko for in the past.  The paint used on these figures has a very matte finish, making them much less plasticky than vintage Kenner style figures.  Usually, modern toys do what they can to avoid that shiny plastic finish, but that’s one of the cornerstones of the old school Kenner look, so losing that finish is one of the few ways the Jaws figures miss the mark on looking truly authentic to the design of the era they’re emulating.

If you can get past the flat paint finish, you’ll find some great, era-accurate sculpts in this line of figures.  They nail the vintage Kenner aesthetic, while also getting to the core of what makes these characters so iconic and memorable.  More than most ReAction figures, the Jaws line is also tons of fun to play with, especially considering how easy it is to re-enact that classic final battle between men and shark.  That alone is worth adding these figures to your collection for.

The Jaws ReAction figures are in stock now at Mikes Comics N Stuff. Click Here to order yours today. 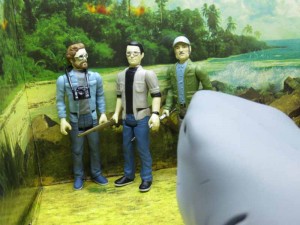 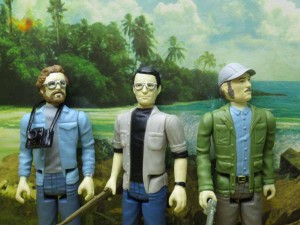 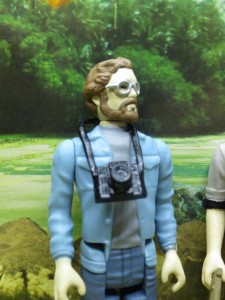 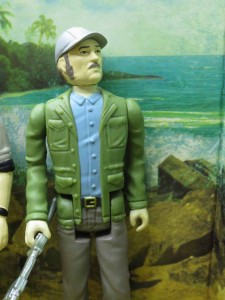 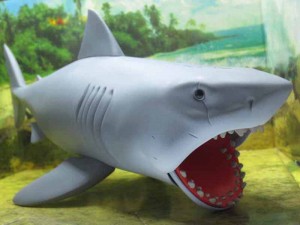 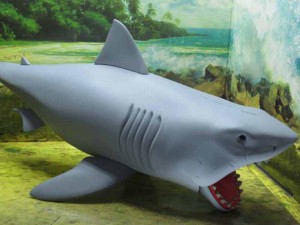 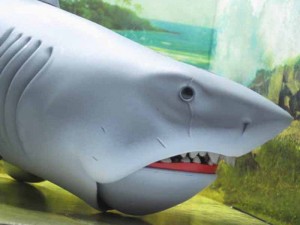 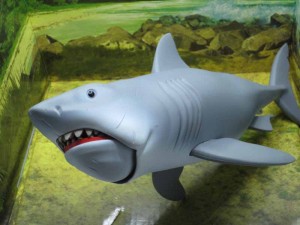 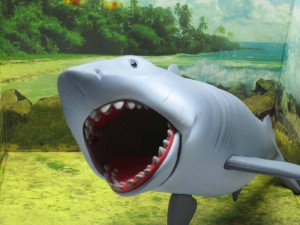 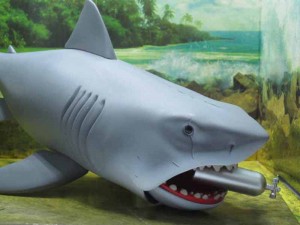 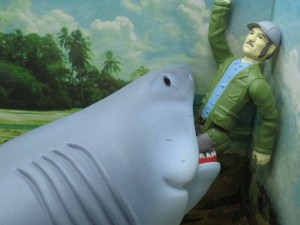 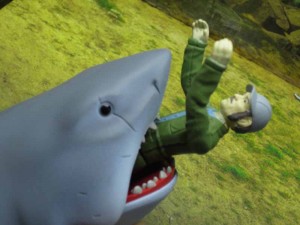 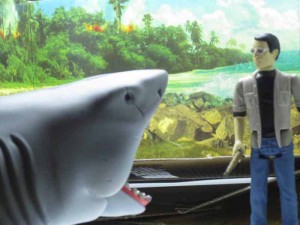