The Last Jedi Trailer Is Here! 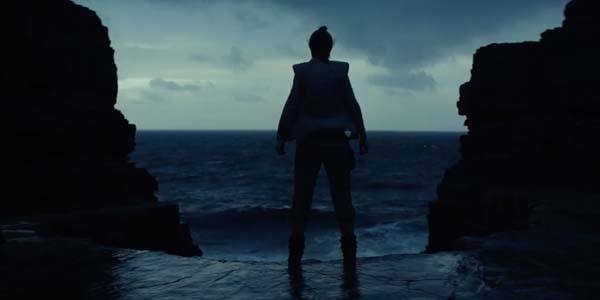 Well today is the day, we finally have the first footage from the next film, Star Wars: The Last Jedi. It is not much but still epic!

During this week’s Star Wars Celebration the first footage of The Last Jedi has been released, and it give just enough to get fans hyped for the next film of the new trilogy. The teaser starts out with Luke saying to beathe, and see the light and the dark, it is almost like he is talking to us fans calming us down while we wait for the film. What follows is a montage of Rey training with Luke, flashbacks possibly of the fall of the Jedi Temple when Luke sends R2 away, and a lot of stuff blowing up. We also get a hint that Luke wants to end the Jedi, and that is where things enter the fanboy speculation zone.

We know nothing right now about the film’s plot, so anything is possible, but what if bringing balance to the Force by the Chosen One means getting rid of both the light (Jedi) and the darkness (Sith/Knights of Ren). It appears that Luke is asking Rey to look in to the Force and see all of it and embrace both sides. The new poster hints that Rey has both the blue and red saber and her theme music is a mix of Imperial March and Jedi, so could she be the new warrior of the force no longer bound by the anger or monk like lack of emotions of the Jedi? And if she does bring about this change wielding the blue and red sabers, could this hint that Mace Windu and his purple light saber was the first to do this, making Sam Jackson one of the baddest MotherF…. sorry like I said this is all fan boy speculation.

We are eight months away from finding out, and for Star Wars fans it feels like a Galaxy Far Far Away.