The Jem & The Holograms Trailer Is Utter Garbage 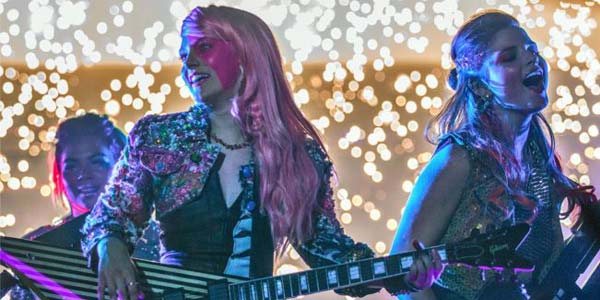 Looks like it’s time to Jem-p ship on this movie (sorry).

The internet has not been kind to the first trailer for Jem and the Holograms. And for once, the internet is one hundred percent, undeniably correct in its hatred. I’m what you might call a casual fan of Jem at best, but even I can tell this movie is going way off target, and in the most boring way possible.

There’s so many ways they could have handled a live action Jem reboot… a straight, retro adaptation of the 80s cartoon, a cheesy comedy with tongue firmly planted in cheek, a Josie and the Pussycats-esque satire… but instead they went for an aggressively generic-looking “hometown girl hits it big, then has drama with her band” storyline.  Nothing about this premise has anything to do with Jem… Jason is convinced they just tacked on the property’s name to a script they already had sitting around, and I get the feeling he’s not far off.

There’s enough ire and hatred about this crappy trailer for the likely equally crappy movie, so I won’t pile on any more, other than to say it’s becoming baffling how thoroughly the movies based on Hasbro’s IPs keep missing the mark.  Transformers, GI Joe and Battleship were all mishandled in staggering ways, offering virtually nothing familiar to fans or nostalgic adults, other than some names.  Jem looks to be the biggest offender yet, based on what we’ve seen so far.