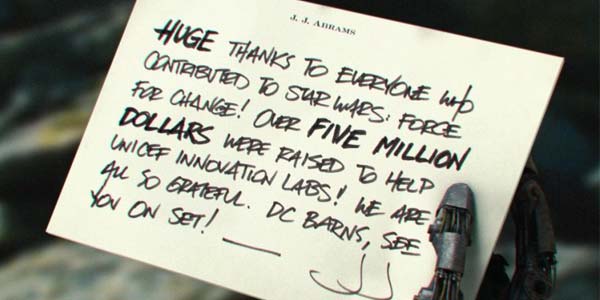 The Star Wars: Force For Change charity campaign– which has seen JJ Abrams to put his mystery box to actual good use, doling out little teases at his Episode VII production– is over, and it racked up an impressive $5 million for UNICEF, to fund awesome sounding programs like these:

MobiStation, a portable, solar-powered educational kit to ensure children have access to quality learning anywhere, and Rapid FTR (Family Tracing and Reunification), a mobile phone application that helps reunite separated and unaccompanied children with their families in natural disasters.

Abrams, who has helped promote the campaign all along, took the final result as the opportunity to showcase one more teaser– a robotic hand holding a note he wrote thanking everyone for their donations.

Because it’s Abrams, there’s no more details about the hand… does it belong to a new droid?  Or could this be an uncovered version of Luke’s hand?  That would almost make it seem like JJ’s nod to the recent rumors that Episode VII begins with Luke’s severed hand and old lightsaber floating in space… Of course, this hand could also have nothing to do with any of that.

I’m not going to spend too much time speculating– I feel the mystery box approach feels a little too desperate in its attempt to make us jump through hoops– but I liked this campaign because it gave a positive focus to Abram’s antics, and brought a little bit of fun back to this sort of extreme limited marketing. 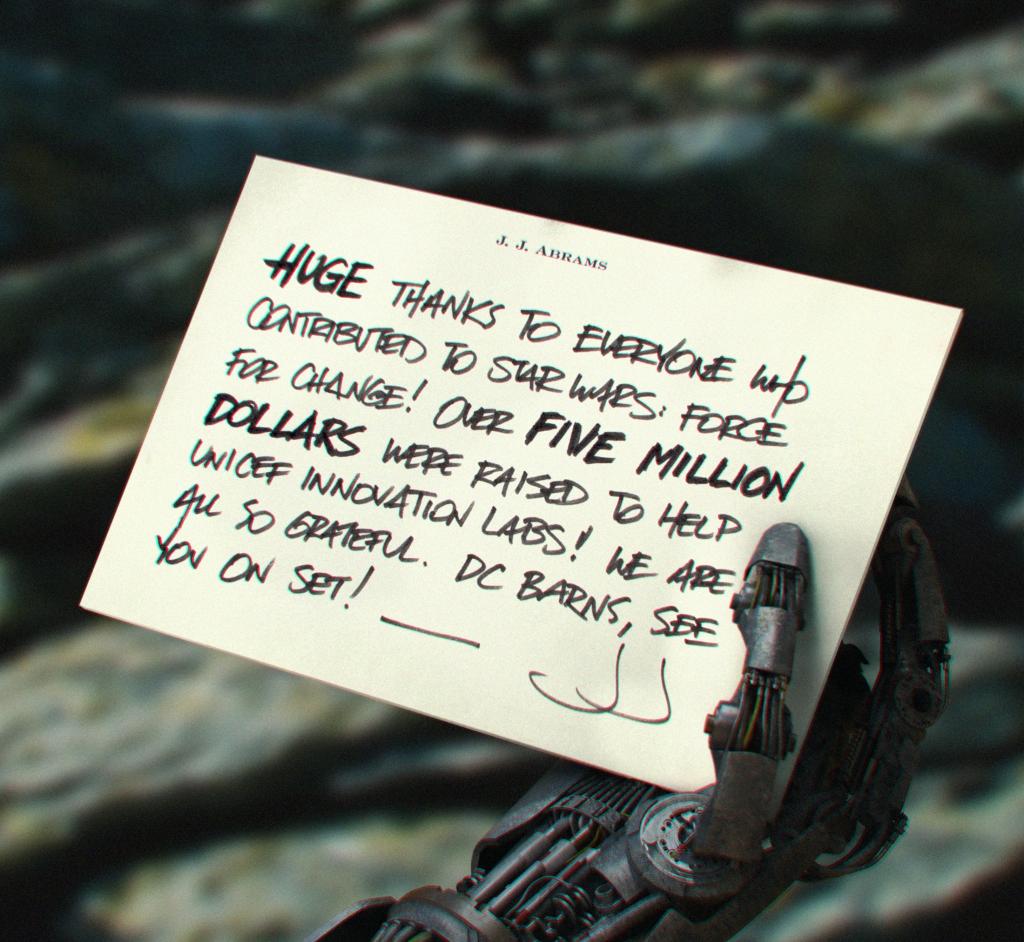