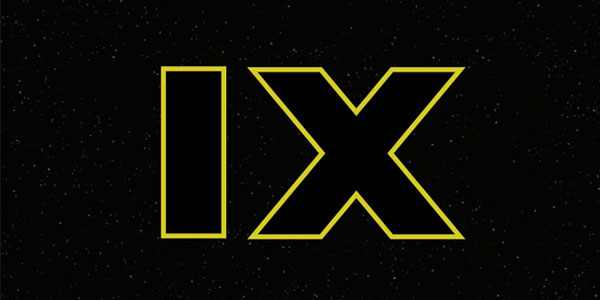 The final chapter of the new Star Wars trilogy will get a familiar face in the director’s chair.

This morning, Lucasfilm announced that JJ Abrams would be returning to direct and co-write Star Wars Episode IX. This follows news a few weeks back when Jurassic World‘s Colin Trevorrow left the production, leaving many of us to speculate who would replace him.  There were some pretty exciting rumors, and a few total nightmare scenarios popping up on Twitter, but now we have a final answer, and it’s… basically, right down the middle.

The good Abrams brings to the table is his competency as a director. That’s a huge step up from Trevorrow, who I felt has not proven himself a capable enough director to helm a Star Wars film… let alone try to stick the landing for this entire trilogy. Even Abrams’ worst movies look great; he’s got some serious talents behind the camera, and it will be nice to see him reunite with the wonderful new cast he was integral in assembling.

But on the downside, Abrams is notoriously tone deaf when it comes to scripts. This is the guy who was okay with directing Star Trek Into Darkness, one of the worst-written movies I’ve ever suffered through. The Force Awakens had the benefit of being scripted by some very talented writers, including Lawrence Kasdan (The Empire Strikes Back) and Michael Arndt (Toy Story 3)… while Episode IX will, as of now, be scripted by Abrams himself and Chris Terrio, one of the guys who wrote Batman v. Superman: Dawn of Justice.

We’re still a few years away from Episode IX, so there’s time for more writers to take a pass at the script… but despite some reservations, I think it’s safe to say Abrams is definitely a big step up from Trevorrow, even if not the most electrifying choice. To borrow the phrase, I’ve got a new hope that maybe– just maybe— this will be the first Star Wars trilogy to end as well as it started. Fingers crossed…