The JLA Gets Trapped in Time 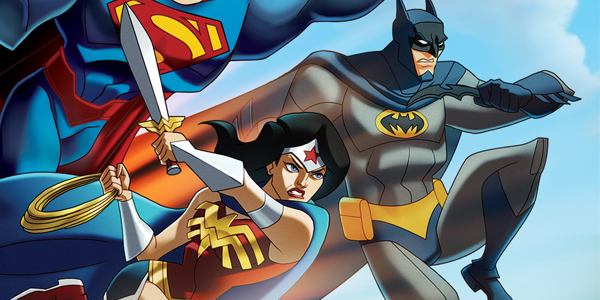 This week the animated Target Exclusive, Justice League of America: Trapped in Time, is getting a wider release.

The film slipped under the radar for many DC fans, not getting as much attention as other DC animated films. In fact I stubbled on it last week while shopping, and then a few days later got the DVD in the mail for review. The film is a trip back in time for me, bringing back the feeling of the Super Friends/ Powers days, mixing action and comedy. 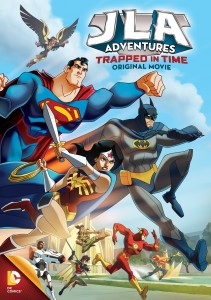 The JLA is pitted against the Legion of Doom, with line ups almost exactly the same as those old 80’s DC cartoons. There are nods to the old shows; from the LoD and JLA headquarters, to a Wendy, Marvin, and Wonderdog cameo, and Aquaman even getting to be part of the team. The animated is smooth, and has a classic TV feel to it, bringing back even more nostalgia.

The story focuses more on two Legion of Super Heroes members, Karate Kid and Dawnstar, who jump back in time to stop Lex Luther from wiping out the JLA. After a big battle between the JLA and LoD, Luthor is frozen in a block of ice, and not found until the Legion’s time. He is stored in a museum with the weapons and costumes of his former allies, when the two young heroes free him accidentally. While escaping Luthor frees a being called the Time Trapper, and leaps into the past to wipe out the JLA. Karate Kid and Dawnstar have to follow him and get the JLA to help them stop the time line from being destroyed.

This is clearly a movie made for kids who watch Scooby-Doo, but it is a fun ride for the older audiences too. If you grew up in the 80’s this will bring back a lot of memories, and well worth the hour or so watch.