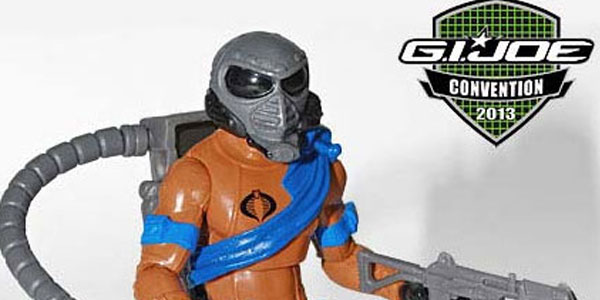 The GI Joe Club is moving things along as they prepare for the 2013 Joe Con in Indianapolis this April.  Late last week, this year’s convention exclusive box sets were announced, and now they’re already showing off not one, but FOUR of the figures in that set– 25th/ Modern takes on Frag Viper (of whom the box set includes three), their commander Cobra Letal, the main villain of this year’s set, Cobra Mortal, and Night Force Charbroil.

The Frag Viper looks pretty cool, with a different body setup that i would have assumed, and a very well done new helmet and gear which approximates the vintage figure well.  Letal, the villain only released in the Brazilian Joe collection, is worked into continuity as the Frag Viper commander, and kudos that the Club kept the awful, neon green instead of trying to make this guy a little more subdued.

I’m a bit disappointed in Mortal, personally.  The classic South American bad guy was originally a red and chrome-plated Snake Eyes, and he always looked super-cool next to his fellow International villain Cobra de Aco.  Steel Cobra got a classic looking figure in the 2011 Con set, but Mortal won’t match up that well… The version we’re getting is based off his “white” variant from Venezuela, which is a nod so obscure even a 30-year Joe fan like myself never heard of this.

Charbroil is perfect– excellent, logical parts reuse combined with amazing new gear that perfectly captures the vintage figure’s look.  I have a sneaking suspicion some of the NF Joes will make their way into the second subscription service later this year, and if they all look as good as this flamethrower, then I’m all for it.

I expect we will see more reveals very soon.  For the latest news, be sure to check the Joe Con website and Follow them on Facebook. 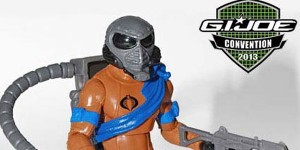 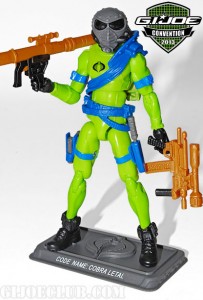 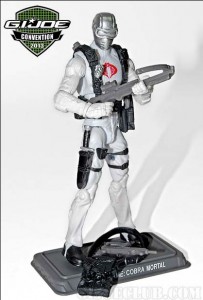 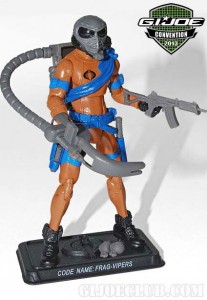 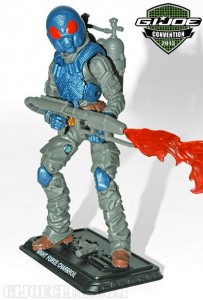