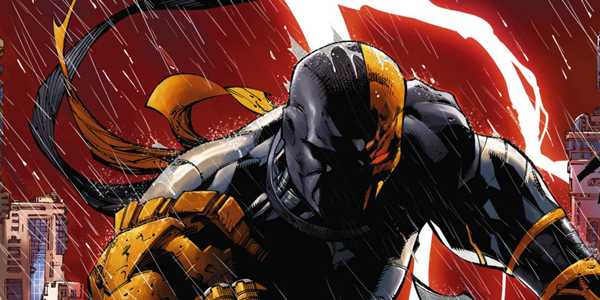 Warner Bros just announced that Joe Manganiello will take on the role of Deathstroke in the solo Batman film.

A few weeks ago Ben Affleck took a video of a guy in the Deathstroke costume, but did not reveal the actor. Today in an interview with the Wall Street Journal Geoff Johns revealed that True Blood actor and long time comic book fan, Joe Manganiello, will take on the role.

Fans have been calling for Manganiello to take on the role, and sure enough it came true.

Deathstroke is an enhanced assassin who has been a main villain in the comics for the Teen Titans and Green Arrow, and more recently Batman. He was also the main villain during season 2 of the CW Arrow.