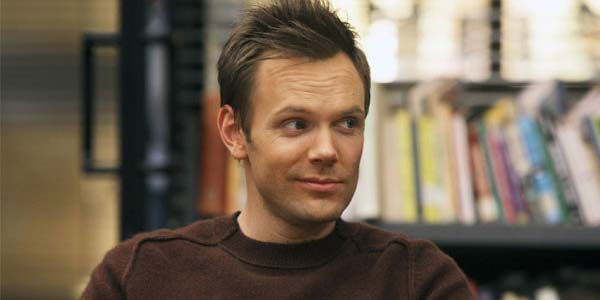 Jeff Winger is ready to be Mulder’s wingman this January.

From the unexpected but awesome news department comes this– Joel McHale has been cast in the X Files miniseries coming to Fox next January.  According to THR, McHale will play a new character, Tad O’Malley, an anchor at a conservative online news network, who becomes “an unlikely ally” for Mulder.

McHale’s signature mix of charm and smarm should make him a perfect fit for a role like that… but I find it most intriguing that left-field weirdo Mulder would gravitate toward a conservative pundit as one of his new allies.  Personal politics were one of the few cows to remain (relatively) sacred in terms of our X Files heroes.  While I always associated Mulder’s eagerness to buy into out-there alien theories with a left-leaning ideology, I’m not quite sure that’s true in the modern context.  I’ve been rewatching the series over the last few months, and one thing that surprised me was how much overlap there is between the show’s government conspiracies, secret agendas and vaccinations paranoia… and the exact same sort of nonsense that Fox News regurgitates every day in real life.

I honestly have no idea which way they’re going to go with this.  Will Mulder be a Truther, or something equally gross, in this reboot?  Or will McHale be the show’s weapon to give Fox News the satirical skewering it so richly deserves?*

(*If Tad O’Malley appears in the episode being written by Darin Morgan, I can only assume the answer to both my questions is “YES.”)