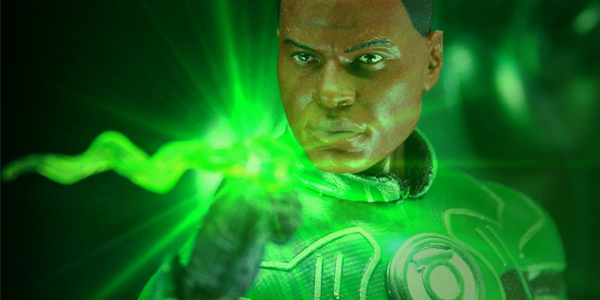 He is the Lantern of Earth and thanks to the Justice League cartoon he might actually be the most famous. John Stewart is the first Lantern in the Mezco Toyz One:12 line and he has a lot to offer collectors.

I have loved the world of the Green Lanterns since my first Super Powers figure. There was just something about the colors and design that caught my eye, so when Mezco announced they were doing a One:12 version I knew I had to get him. While this version is not comic accurate, it is still a great design. and you have two head options to give you some variations on the look.

I think one of the reasons we got a John before a Hal is because of the Justice League cartoon, and for sure this is the choice for the looks of both heads. John is also loaded with extras in the form of constructs. Each spotlight different aspects of the ring’s power, but take are they seem more delicate than the average accessory.

The coolest feature of the figure is the light up lantern that works on magnets. His closed fist when brought up to the lantern will activate the light. It can be tricky when posing to keep it on, but if you have a little mini magnet you can turn in on for longer times. We had no issues with joins or putting on the accessories, but like any of these figures take care as you swap around parts.

If the goal of Mezco is to fill out the JLA, they are doing a great job. I hope at some point we get un-Mezco’ed versions of some of the Lanterns like they have done with Superman, Flash, and Shazam. 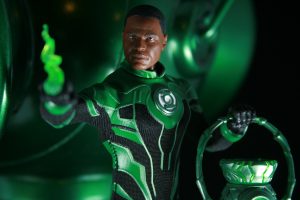 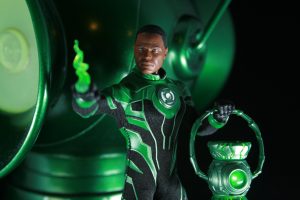 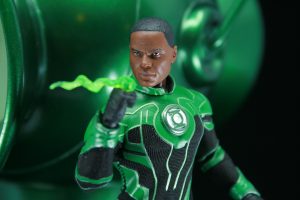 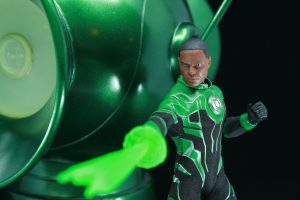 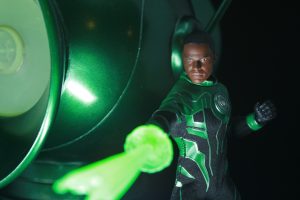 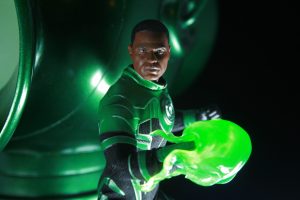 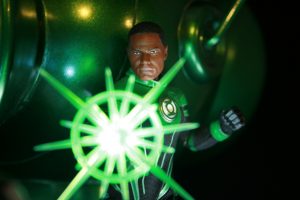 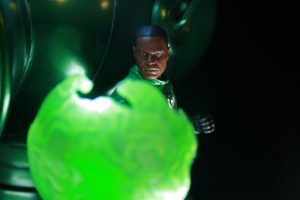 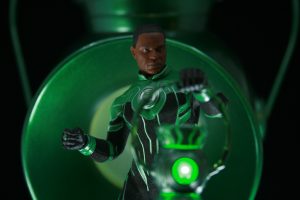 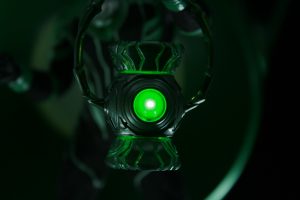 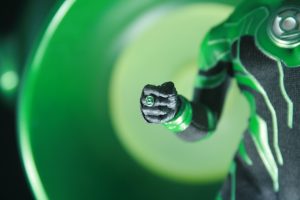 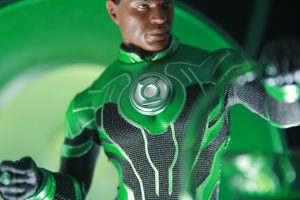 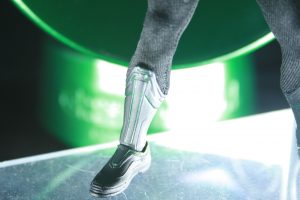 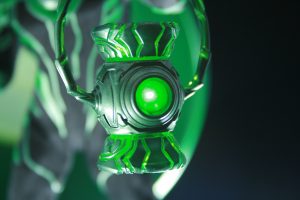 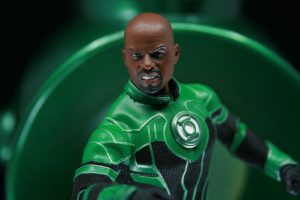 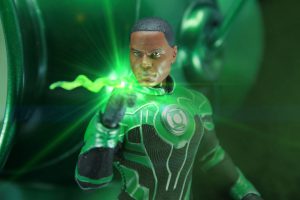 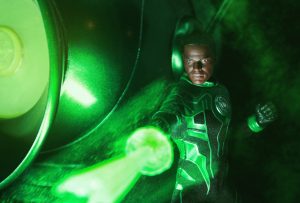 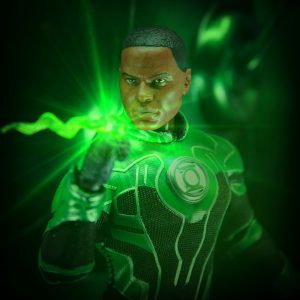