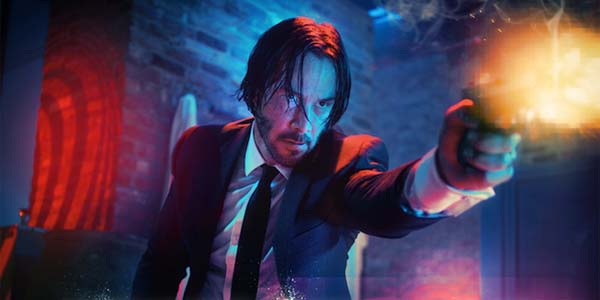 There has been word for months now that John Wick, the best action movie of last year, would be getting a sequel, with eyes on launching this into a full-on franchise.  This, of course, was the greatest news ever… until yesterday, when John Wick 2 was officially announced.  This, then, became the best new ever.

Keanu Reeves will return as our eponymous assassin with a penchant for destroying peoples’ faces, and the awesome directing duo that made the first movie such a visual treat, David Leitch and Chad Stahelski, are also back for round two.

Per the press release from Lionsgate (which you can read below), that’s about all we know about the return of John Wick thus far.  But this is an awesome character, and he lives in a fun and intriguing universe, one that clearly has more stories to tell.  I am so down for this!

Lionsgate (NYSE: LGF) has confirmed plans to produce a sequel to 2014’s critically-acclaimed breakout hit “JOHN WICK,” it was announced today by Rob Friedman and  Patrick Wachsberger, Co-Chairmen of the Theatrical Motion Pictures Group.  Keanu Reeves along with directors David Leitch and Chad Stahelski as well as screenwriter, Derek Kolstad are set to return for the sequel. The film will be released through Lionsgate’s Summit Entertainment and will be produced by Thunder Road’s Basil Iwanyk, who produced the first film.

In the follow up to last year’s adrenaline-fueled revenge and redemption thriller, legendary hit man John Wick is back.

“With such tremendous fan and critical support for ‘John Wick,’ we knew that there was still so much more of this story to tell,” said Jason Constantine, President of Acquisitions and Co-Productions. “We are thrilled that Keanu, David and Chad have re-teamed with us and promise to bring audiences even more excitement the second time around.”