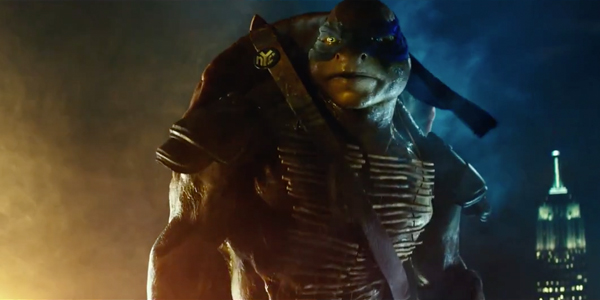 Some familiar faces will lend their voices to the new Teenage Mutant Ninja Turtles movie.

But that’s not necessarily the case– Johnny Knoxville has been cast as the voice of Leonardo (who was played by Pete Ploszek during filming)… and Tony Shalhoub will be the new voice of Splinter (played on set by Danny Woodburn).  I’m curious if we’ll see more bigger names voicing the other Turtles now, too?  It seems kind of late in the process, but for what basically amounts to voice work, I guess they could cast and get them in to record whenever.

Shalhoub, I think, seems like a fair choice for Splinter.  He has that raspy, soft voice which could work well for a wise sensei, who also happens to be a rat.  I’m happy whenever Knoxville gets work, because I love that guy, but casting him as the Turtles’ disciplined leader Leo means one of two things:  A) This will be a very different role than we’re used to from the Jackass star, of B) Michael Bay doesn’t give a crap that Leo is supposed to be a disciplined leader, and cast Knoxville to “re-imagine” that character.

I’m leaning toward “B,” because this is Michael Bay we’re dealing with, after all.  Like the Transformers, I think Bay’s TMNT will lack any discernible character traits, individual personalities, or anything that would make them identifiable to fans.  That’s why he added so much different junk to busy up their character designs, DUH!

Speaking of character designs, the new Turtles continue to creep out people young and old.  They are genuinely weird looking, and not in a good way.  Someone on Reddit has realized that most of the bizarreness of the new Turtles comes from the flared nostrils and those awful lips… to they started a thread in which the new movie Turtles got Photoshopped snouts like the TMNT faces we’re used to.  What a difference! 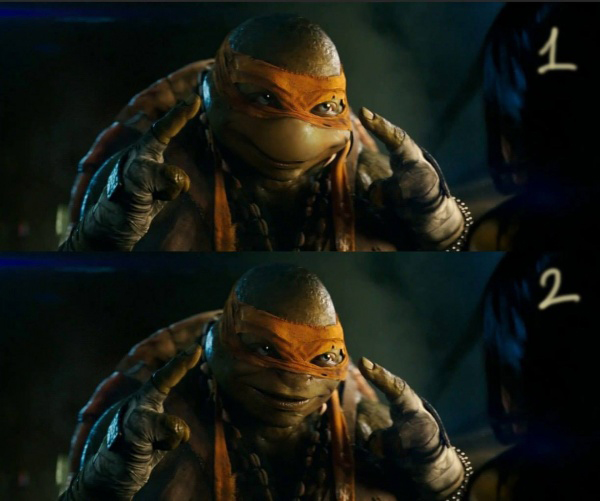 While we may see more bigger name stars added to the voice work bill, I doubt we’ll be seeing corrected, not terrifying TMNT in the final film.  It’s too late in the game to make these Turtles look good.