Josh Brolin is the Voice of Thanos 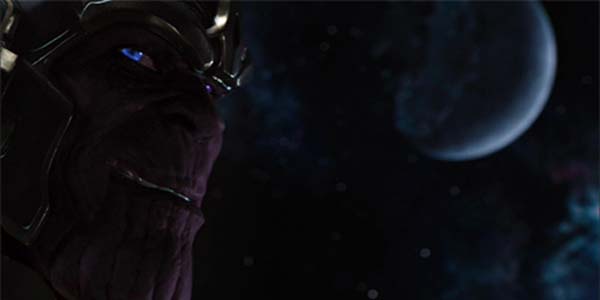 The Mad Titan gets a voice before his big appearance in Guardians of the Galaxy.

Despite his absence in the trailers and promotional assets, it seems like Thanos will still play a considerable role in Guardians of the Galaxy… and now the Death-obsessed villain has been cast!

According to Latino Review, Josh Brolin will provide the voice of Thanos in the film… and presumably any other movie in which this guy appears (Avengers 3, perhaps?).  It’s another inspired bit of casting; Brolin could just use his natural, gravelly speaking voice to provide the sense of authority and power that Thanos needs to come across as a daunting threat.

What’s even more exciting– as far as I’m concerned– is the report also mentions that Guardians director James Gunn described a scene in which Thanos flies around on a rocket throne(!!!).  That’s about the most comic book-y thing I’ve ever heard, which I would do many terrible things to see on the big screen as soon as possible.

So even if Marvel is having some weird behind the scenes struggles recently, this news most definitely feels like a big win for the end of Phase Two.  What do you think?