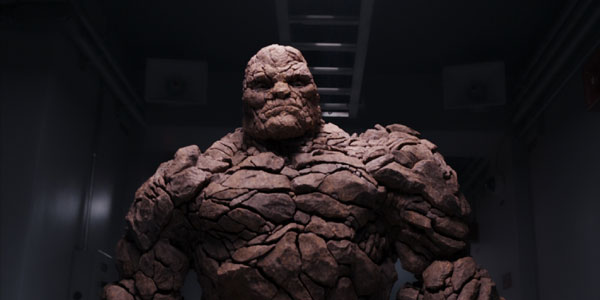 There’s a lot that has been super weirdness surrounding Josh Trank’s new Fantastic Four movie.  From the radio silence during production of the movie, to the bizarrely somber and heavy teaser trailer, all the way up to the (technical) reveal of Jamie Bell’s The Thing via a street billboard someone posted on social media a few weeks back.  It’s all been very strange, like Fox has absolutely no clue how to sell whatever it is they’ve helped make.

Normally, that would be an awesome sign– if you look at about half the great films from the last 20 years, they were botched in terms of theatrical marketing.  The Iron Giant and Fight Club are just the tip of the iceberg of classics which confounded the studio to a degree that nobody knew how to advertise them.  But with Fantastic Four, I find myself in the awkward spot of sharing the studio’s apparent unease.  I’ve pretty much hated most of the ideas behind this reboot; I still can’t decide if the most egregious of which is Dr Doom being recast as a millennial blogger or the Fantastic Four themselves being in effect crippled by their powers.

It all just seems like such a downer, a complete 180 from the direction I’d like to see this franchise– one based on a family of super-scientists exploring the impossible outer edges of reality– and this makes it hard to get excited about the movie, especially when our latest glimpses include what appears to be a bunch of scientists experimenting on Reed Richards.

But I still believe in Trank, and I’m hoping that he’s somehow crafted a film that works with this dark and heavy tone, while still doing justice to these great characters.  That, more than a look at the MoCap rendered Thing, is what will get me interested in this movie.  I tend to think I’ll be waiting until opening weekend to get that… but with how weird the rollout of this movie is, I wouldn’t be surprised by any new development at this point. 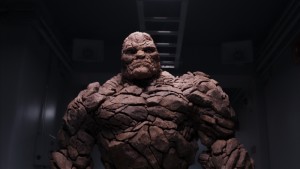 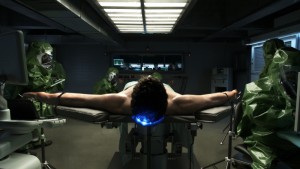 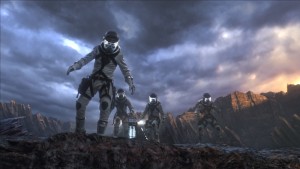