Joss Whedon Is Onboard For Avengers 2 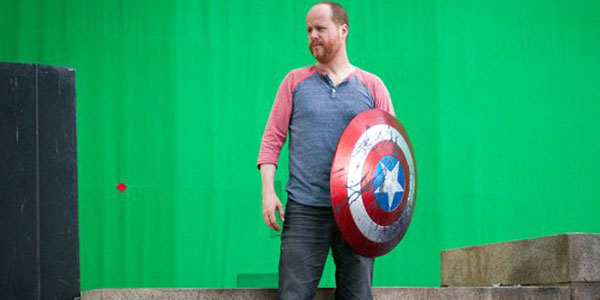 This week has been PACKED with awesome Marvel Studios news, and this is the best yet!

Slashfilm broke the news today that Joss Whedon will be back to write and direct The Avengers sequel, expected to be released as Marvel’s flagship movie in 2015.  Whedon was absolutely the MVP of this Summer’s first Avengers film, bringing the absolute right blend of sharp dialogue, prickly character interaction and fun action, and while it seems like bringing him back would be a sure thing, the director himself had been hesitant to pull that trigger.

No further details were provided at the Disney Investors meeting where the news came from, but apparently Whedon will also be developing a Marvel TV series (fingers crossed for a SHIELD show!!!).

This news comes a day after Variety revealed that Galactus will be coming to the Marvel Studios stable, part of a trade that lets Fox keep Daredevil while Marvel scores the devourer of worlds and his herald, Silver Surfer.  There’s obviously no information on Whedon’s direction for Avengers 2, but the idea of the team squaring off against Galactus– a logical extension of the Cosmic angle that seems to be a big push in their “Phase Two” projects– is totally the stuff geek dreams are made of.