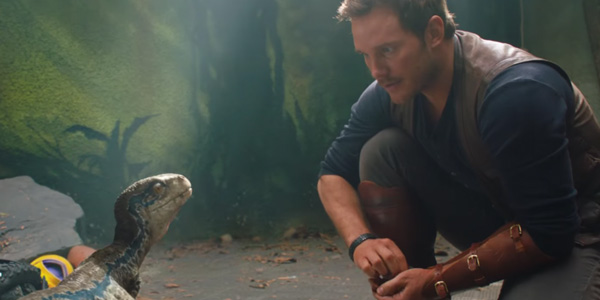 After teasing this for a few weeks Universal finally released the first full trailer for Jurassic World: Fallen Kingdom.

This full trailer has some good moments but lacked the punch that the Avengers gave us last week. It showed some touching moments between Owen and Blue, a lot of Dinosaurs running from lava, and Jeff Goldblum giving his famous lines again about this new set of beasts. From the trailer it does have the feel of the second film, Jurassic Park: The Lost World,  which begs the question why do another like it? I know people will say money, but there seemed like a much larger world revolving around BD Wong’s character behind the scenes, that did they have to go back to an old plot? I hope I’m off base and what we have seen is only a part of the film and not the main through line.