“Justice League vs. Teen Titans,” the latest DC Universe Original Movie, took WonderCon by storm over the weekend … and fans everywhere can see the all-new film now via purchase on Digital HD.

Below are a few photographs from the WonderCon panel discussion following the World Premiere on Saturday, March 26 in the Microsoft Theater. 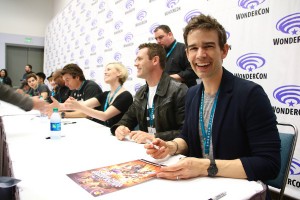