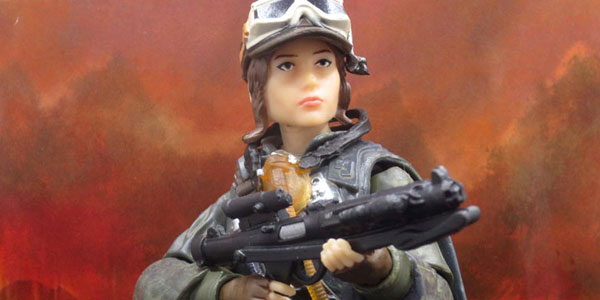 Hasbro and K-Mart join forces to bring a new version of Jyn Erso to The Black Series.

A few weeks after #ForceFriday, I think it’s safe to say Hasbro and the other Star Wars retail partners learned their lesson from last year’s lack of Rey product at retail. And I’d have to say, Hasbro was at the forefront of that response.  Not only did they offer the Jedha version of Jyn as their Black Series exclusive at San Diego Comic Con, but they’ve since released TWO Black Series variants of the main character– along with lots of options to collect Jyn toys in the 3.75″ scale– in a short few weeks since the Rogue One toy line made its retail debut.

While the Jedha version of Jyn is available now at all major retailers, the Eadu variant of our hero landed exclusively at K-Mart, as a display-enhanced variant featuring not only tons of new tooling on the figure itself, but a display stand sculpted exclusively for this release.

The variant Jyn features her poncho and hat look, making her an ideal match for the Eadu version of Cassian Andor included in the first wave of Rogue One Black Series releases. These new parts integrate perfectly with the head, torso, and legs of the Jedha Jyn figure, making this — based on the trailers we’ve seen, at least– a smart and legitimate variant of our new protagonist.

K-Mart’s Eadu Jyn features a subtly unique aesthetic compared to her mass retail release.  The figure features all new arms and a poncho, complete with a retracted version of her extendable baton which can hang from a sculpted hook.  I expected this figure to include an all-new headsculpt with a non-removable Rebel Alliance helmet, but to my surprise she shares the portrait of the mass release Jyn, with a removable soft rubber helmet which fits the figure’s head perfectly.

In addition to the new tooling on the figure itself, the Eadu Jyn also comes packing a stock Imperial blaster, as well as the previously-mentioned base display. Like the Kylo Ren and Rey bases from last year’s The Force Awakens exclusives, it is evident that this jagged, rocky display base is intended to be paired with a second K-Mart exclusive diorama.  Since this is the vastly-mysterious Rogue One we’re dealing with, who that second figure is, is anybody’s guess.  Whether it’s some version of one of Jyn’s teammates or an Imperial is anyone’s guess… but I think it’s important to know that– based on what we get with this figure– someone else is coming exclusively to K-Mart in the near future.

The rock base with Jyn is well sculpted, providing an environment that does well to match the scenes we’ve seen on Eadu in the movie trailers. I do wish that these environmental K-Mart exclusives would depart from the main line to include box art inserts which enhanced the environment of the figure in the box, but even with that plain red backdrop behind Jyn, this variant feels unique and exciting enough to justify itself… that’s more than I can say for last year’s fairly dull Rey and Kylo variants.

Whether you can find the K-Mart exclusive Jyn at your local store will depend largely on the management of the location in question– my local stores in Connecticut still only offer me a confused look whenever I ask them about #Force Friday, and it’s been more than two weeks since that retail event– but thankfully, Kmart.com has had the Jyn exclusive in stock and ready to ship since the Rogue One product line made its debut. She’s a worthwhile variant of Rogue One’s main character, so I hope that you, like me, opt to pick up this solid exclusive. 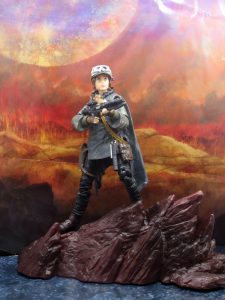 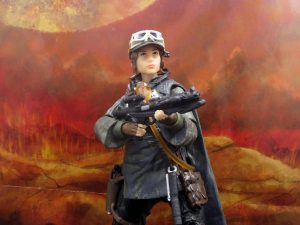 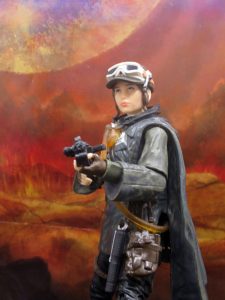 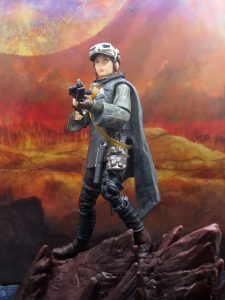 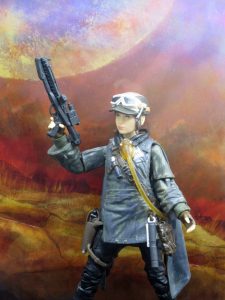 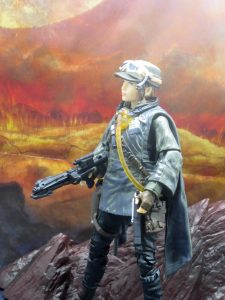 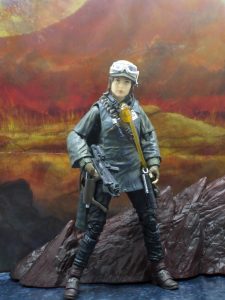 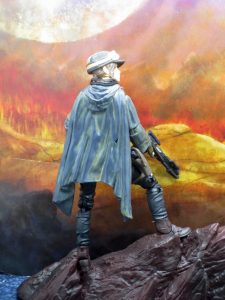 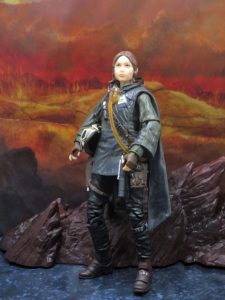 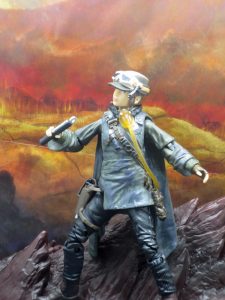 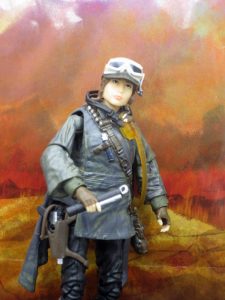 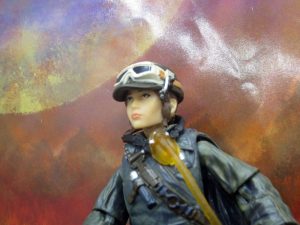 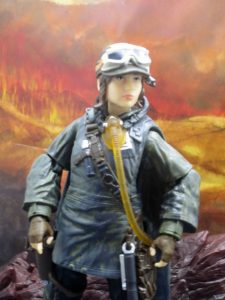 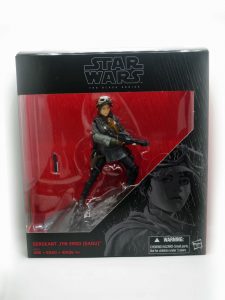 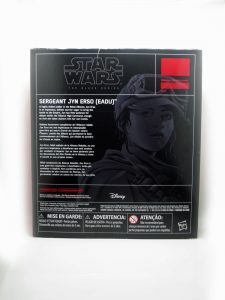