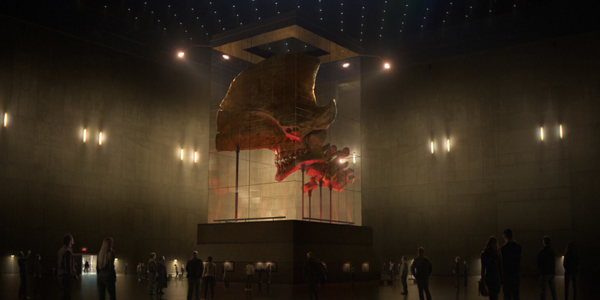 The viral fun of Guillermo Del Toro’s Pacific Rim continues, with this outstanding image, a colossal Kaiju skull on display as the centerpiece in an apparent museum.

I love everything about this shot, from the demonic red lighting on the beast’s skull, to imagining what this bruiser would look like with its skin and scales in place.  I’m sure we’ll see a creature not far off from this in the movie, but like so much of the Pacific Rim marketing, this one image has such a cool, imaginative story to tell.

GDT has done a fantastic job of building out the world in which his giant robots and giant monsters will do combat.  It feels like every inch and nuance of this fictional world has been fleshed out and fully realized, and each new window is making it harder and harder to wait for the doors to swing open this July.

It’s less than two months now until Pacific Rim stomps its way into theaters, and that’s a good thing. 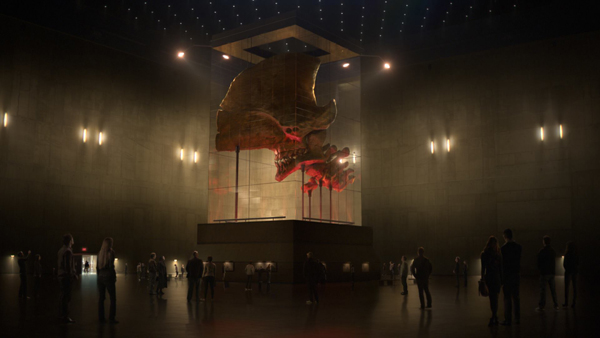