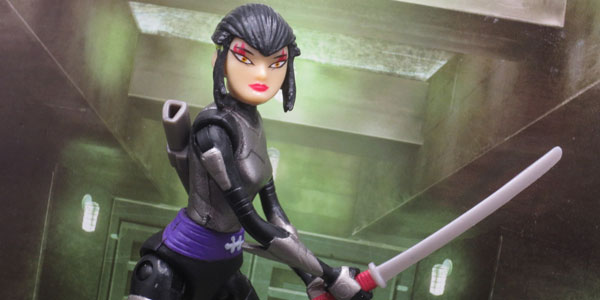 It feels like forever since we’ve seen new additions to Playmates’ long running Nickelodeon TMNT toy collection (six months’ worth of support for a movie tie-in toy line will do that), but finally a new batch of animated-style figures is making its way to the pegs.  In addition to some new action features variants of the four brothers (with goofy facial expressions, or something?) we’re also treated to two original characters– a long-requested main character and a surprising left-field I honestly did not see coming.

Karai is the former, and while she’s technically not new– her mutant snake form was released as an action figure in 2014– the human ninja version of the character is the one everyone has been waiting for.  And thankfully, she was worth the wait, because Playmates did a great job with her!  Karai features a great original sculpt that matches her animated appearance perfectly, while actually fitting in scale well enough with the Turtles as well as other humans like Casey Jones. 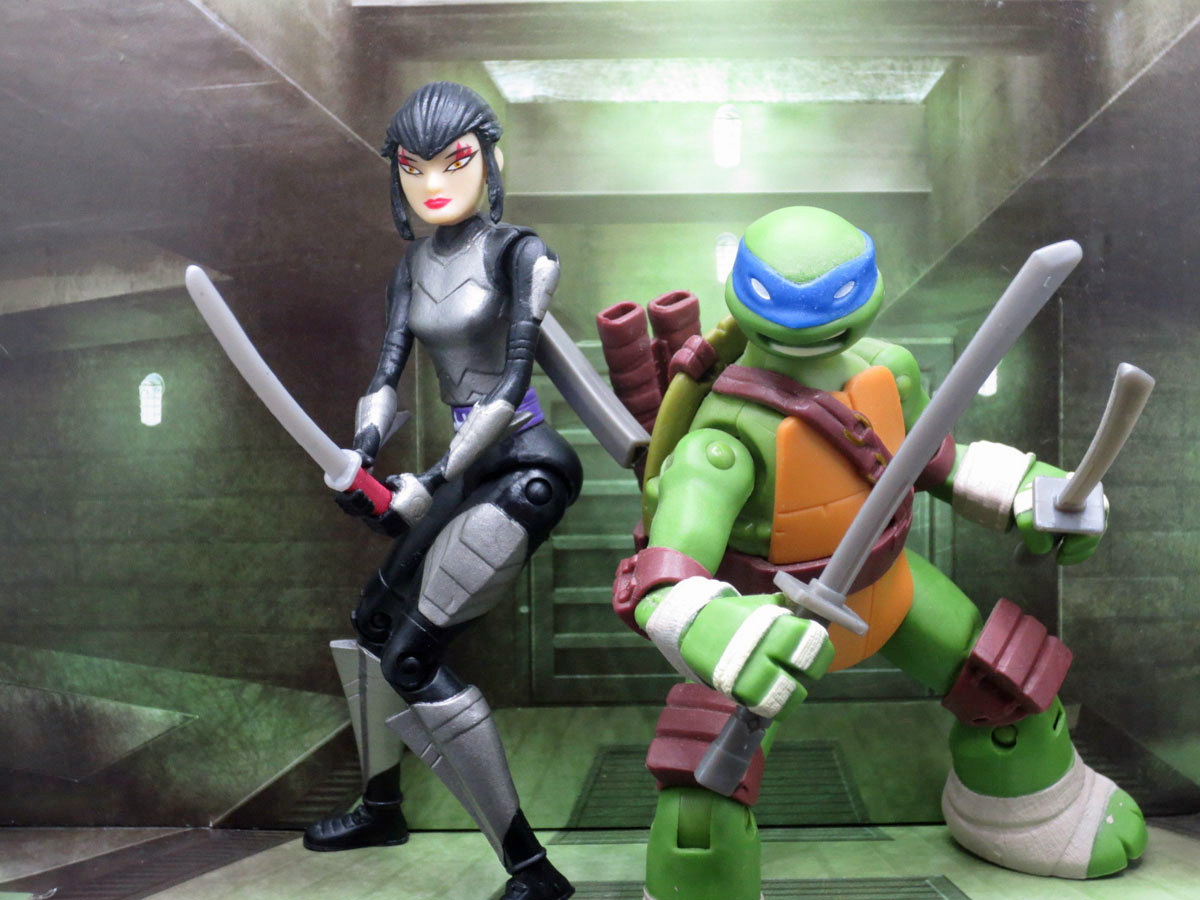 Decked out in her combat-ready ninja armor, Karai can strike a number of action poses with her sword, and the inclusion of a functional sheath and especially her removable ninja mask are great touches to make this figure awesome. While she still lacks any elbow or wrist articulation, I’m happy that Playmates designed this figure with her arms bent to allow her to hold her sword one- or two-handed, and her hip and knee articulation frees up her lower body fairly well.

Two years ago, I thought Playmates did a decent job on the human head sculpt for their Snake Karai, but it pales in comparison to this new version, which is more show-accurate, features tighter paint work, and even sports the blonde roots Karai wore in the more recent seasons of the series.

Joining Karai in the new assortment is Armaggon, the space shark bounty hunter who worked with the Insectoids against the Turtles during their excursion to Dimension X.  This is a case of the Nickelodeon series going deep into TMNT lore, because Armaggon dates all the way back to the Archie comic book series.  Why this tough guy never got a toy until now is beyond me, but his modern iteration is a solid adaptation of the character. 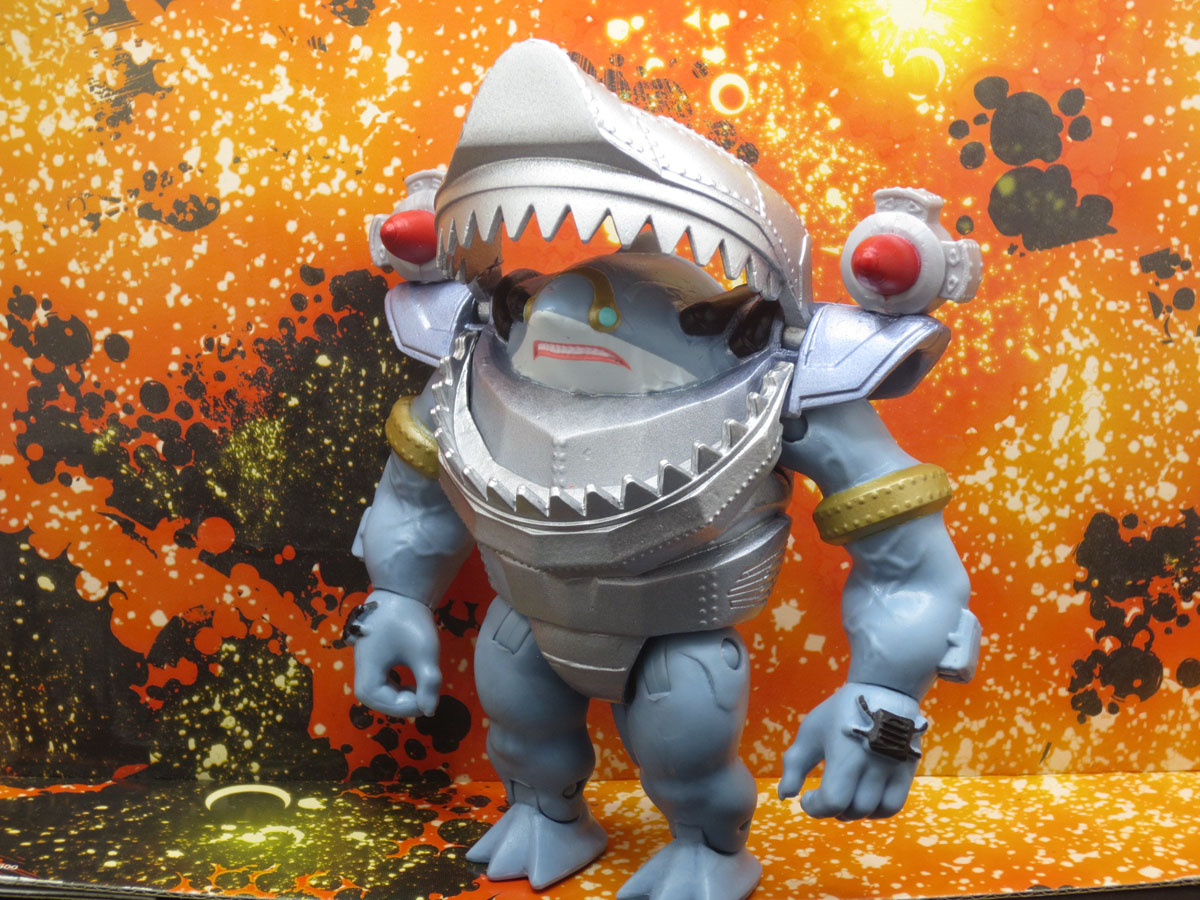 There’s lots of cool detail on Armaggon, whether in the plating of his body armor, or the veins in the muscles on his arms.  He features a fair amount of articulation, and the hinged ankles are surprisingly effective in changing his stances, but like Karai he is sorely missing elbow joints.  His sort-of action feature is cool without being intrusive, as Armaggon is depicted in his robotic shark suit, complete with hinged mechanical jaws.  The top jaw can be displayed above the figure’s head, or swing forward to chomp an enemy or simply cover Armaggon’s face.

Possibly the best thing about these new figures is that Playmates didn’t skimp on the paint work on the back sides of these figures.  They are fully realized and colored, 306 degrees around, which is a huge step up over previous non-Turtles figures in this line.  I’m happy to see Playmates paying more attention to the paint and color work of their figures, because this extra attention really helps to make the very god sculpts shine through.

The new wave of Ninja Turtles is just starting to hit retail, with Toys R Us being the first to shelf them in my area.  If you’re into the Nickelodeon series, this Karai is the one you’ve been waiting for… and I was surprised by how much I dug the weird and fun Armaggon.  Happy hunting! 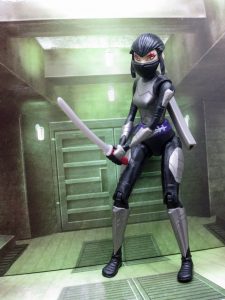 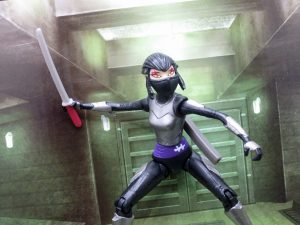 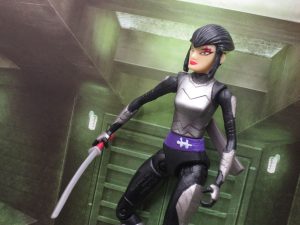 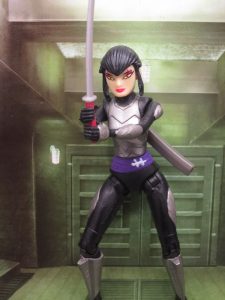 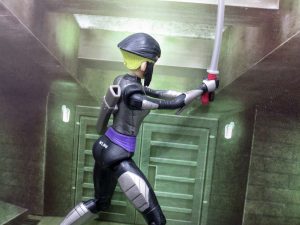 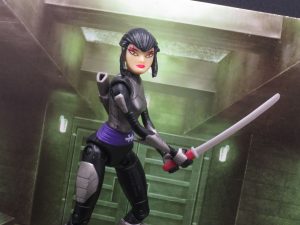 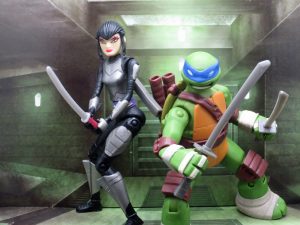 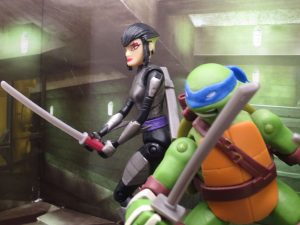 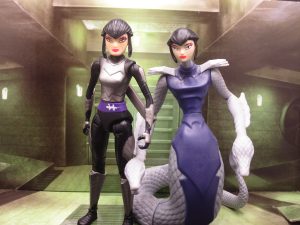 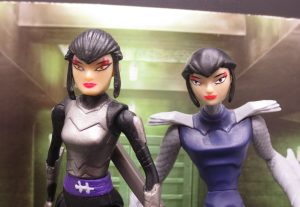 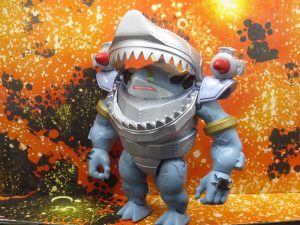 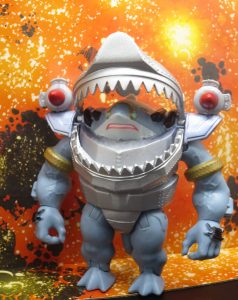 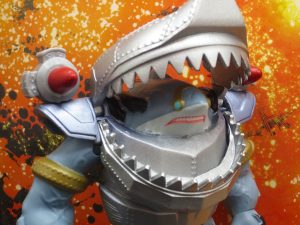 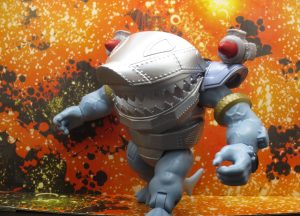 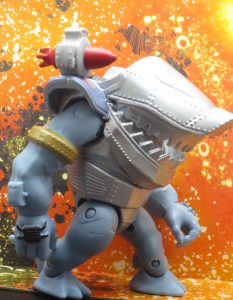 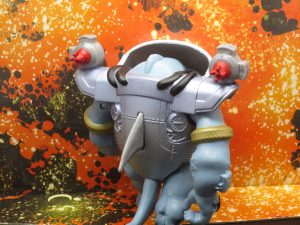 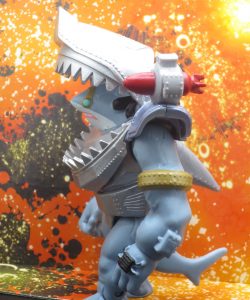 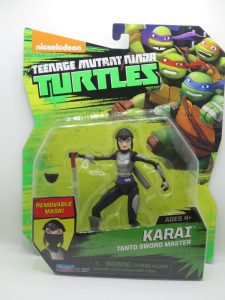 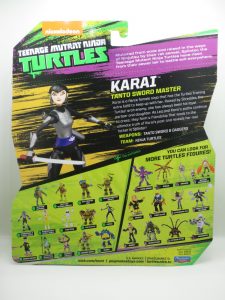 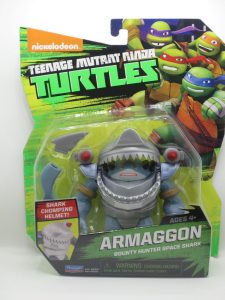 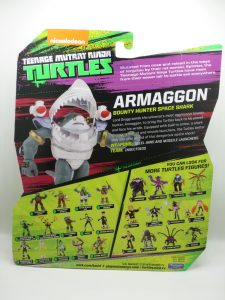