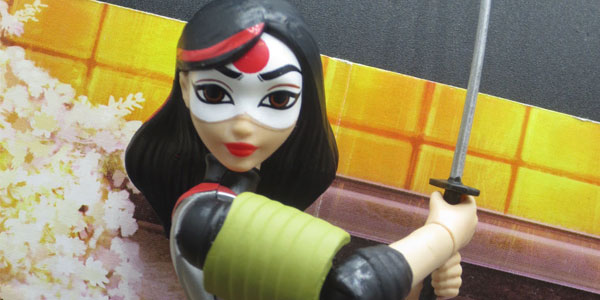 And she was worth the wait!

I love the concept of the DC Super Hero Girls. And I love Mattel’s Super Hero Girls toy line, which smartly blurs the line of which toys are “for girls” and which are “for boys” in a practical way that leaves the final product truly mass-appeal for all kids.  If you’re reading this, you probably agree that is all kinds of awesome.

But one issue stuck out when Mattel first debuted the Super Hero Girls toys last Spring– the web shows starred a team of seven heroes (Wonder Woman, Batgirl, Supergirl, Harley Quinn, Poison Ivy, Bumblebee, and Katana) but the toys only included six of the girls.  In both the 12″ and 6″ formats, Mattel ignored Katana in the launch wave of toys, a definite disappointment for anyone looking to assemble the complete team. 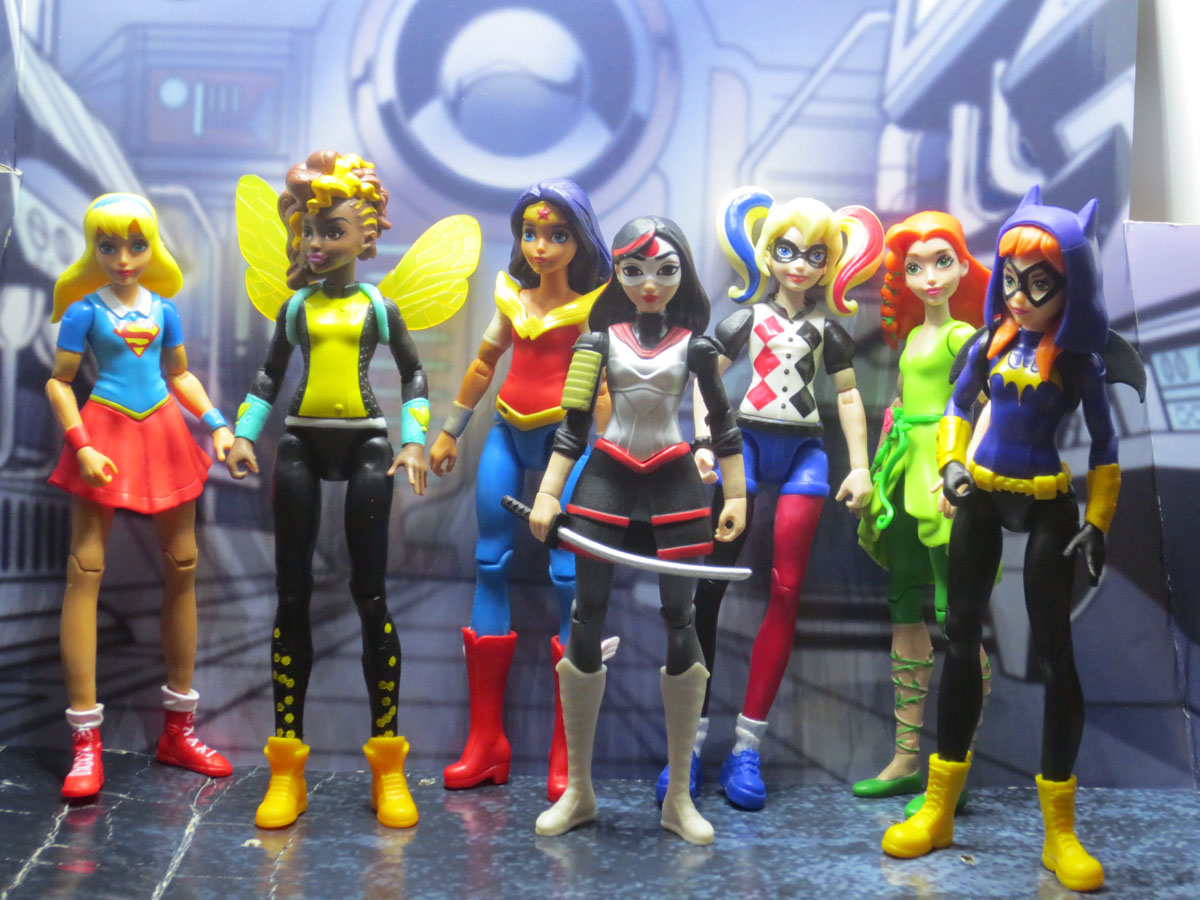 Mattel finally completed the 12″ lineup with the Comic Con exclusive Katana last July, and now the 6″ version of the masked warrior is making her way to retail.  Unlike the extra bells and whistles of the SDCC exclusive doll, the Katana action figure is perfectly on model with her animated design.  She features the same articulation as her fellow Super Hero Girls, with a ball neck (given a decent range of motion, due to the swoop sculpted into her black and red hair), ball shoulders and hips, half-ball elbows and knees, and swivel wrists and calves. Not what I’d call super articulated, per se, but this range of motion gets the job done, allowing Katana a number of posing options, with or without her accessory (as you could probably guess, it’s a sword).

Katana fits in very well with the rest of the team. She features an entirely new sculpt, and she stands shorter than some of her fellow heroes, but I like that diversity, as it makes each figure feel more unique and less same-y.  What really makes Katana pop is her costume’s colors, with bright reds offset perfectly against muted blacks and greys, all complimented by her shiny silver chest armor. Whether you know Katana from Super Hero Girls, the comics, or even Suicide Squad, one look at this figure clearly spells out who this is.

I found the 6″ Katana figure at a local Toys R Us store. She seems to be the only new figure in her assortment, packed alongside the previously released Super Hero Girls.  While it’s fantastic to finally have the core team together in plastic, I’m still hoping Mattel expands this collection in 2017.  The cartoons have expanded this world in a big way, and introduced many classic DC characters into this aesthetically unique and totally fresh universe.  It would be awesome to see Mattel expand their toy line as well. 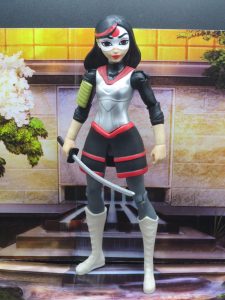 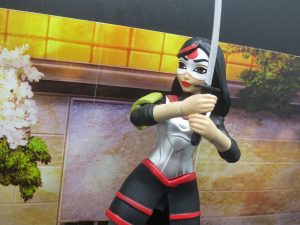 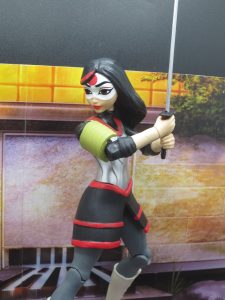 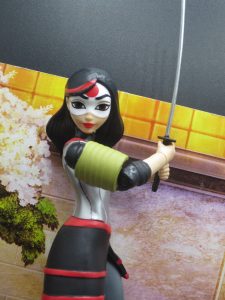 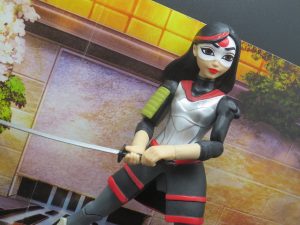 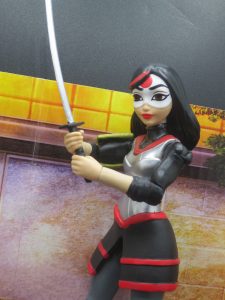 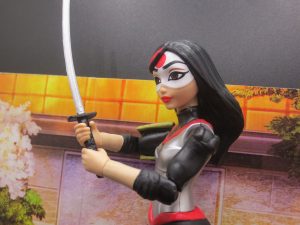 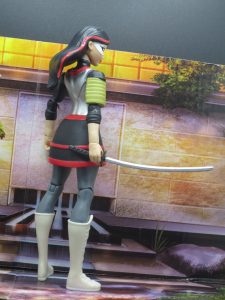 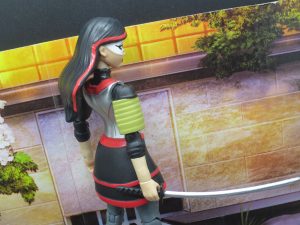 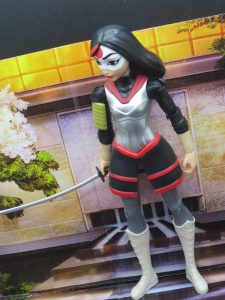 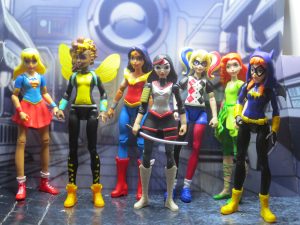 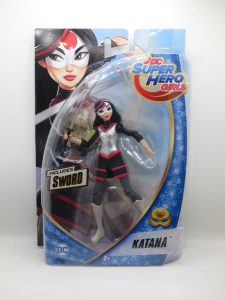 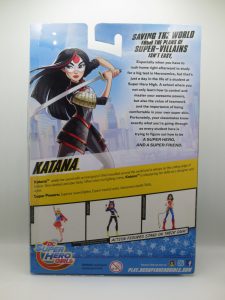 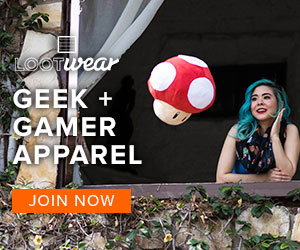