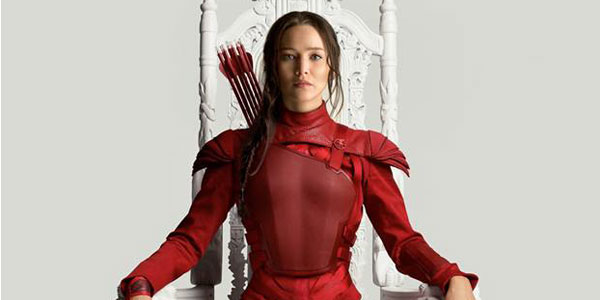 District 13 is stepping up!

Yesterday at Comic Con, the new trailer for The Hunger Games: Mockingjay Part 2 made its debut, and put to rest any concern we may have had about the semi-sidelined nature of Katniss in the first half of the story.  Mockingjay Part 2 is going to put Ms. Everdeen front and center in the war against the Capitol, which is brilliantly illustrated in the new teaser which surfaced online yesterday.

Katniss, in a bright red spin on her rebel uniform from the last movie, makes her way through an army of soldiers, spinning their rifles and assembling in formation to a percussive drumbeat.  It ends with Katniss standing front and center, a focused and silent beacon of hope in command of these warriors.  SO AWESOME… President Snow doesn’t stand a chance.