Too Kewl: The Joker From DC’s Cinematic Universe 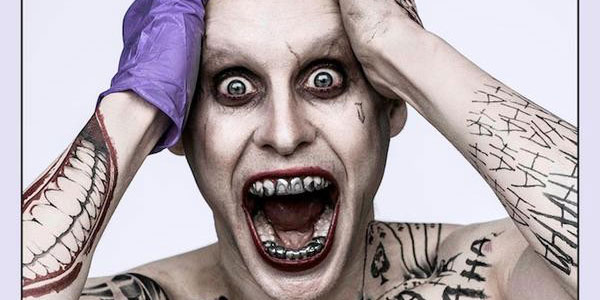 This is Jared Leto as the Joker, as he’ll appear in Suicide Squad (and maybe even a cameo in Batman vs Superman?).  David Ayer shared this character portrait in honor of The Joker’s 75th anniversary… but I think doing nothing would have probably been a more respectful tribute.

My first impression?  I really hate it.

The thugged out approach to the clown prince of crime is certainly a different take than we’ve seen in the past… but I don’t think I could go so far as to call it unique.  That grill, the absurdly on-the-nose tattoos, the single purple glove… I feel like this Joker was designed by a committee of executives, the result of their brainstorming session concerning what Millennials would find “kewl” in a character update.

Pretty much all the DC movie designs have been based on this sort of thinking– it’s worth remembering that Joker is now our second heavily-tatted cinematic DC character, of the maybe half dozen we’ve seen thus far– but while this approach kind of works for a lame-o like Aquaman, for the Joker, it just doesn’t connect with me.

I actually can’t tell which tattoo is the most ridiculous– is it the repeated “Hahaha’s” on his arm and chest, which seems more suited to a 19 year old fan would get to celebrate his fanship than to the actual character?  Or the “subtle” little “Damaged” etched across his forehead?

Maybe this look will work in motion?  I can honestly say I hope so… although I’ve got some pretty serious issues with Suicide Squad to begin with, especially its placement so early in the over-arching DC movie release plan.  I actually love the concept of this movie, but I hate that this is the vehicle which will introduce these characters to the movie continuity.  What good does it do to de-fang the Joker– forcing him to be a “good guy”– during his first appearance?

I do still hope I’m wrong to be this down on Leto’s Joker.  But based on this photo, I can’t help but think that The Joker’s biggest crime is trying too hard.  Is that illegal in Gotham City?  I guess we’ll find out sooner than later… 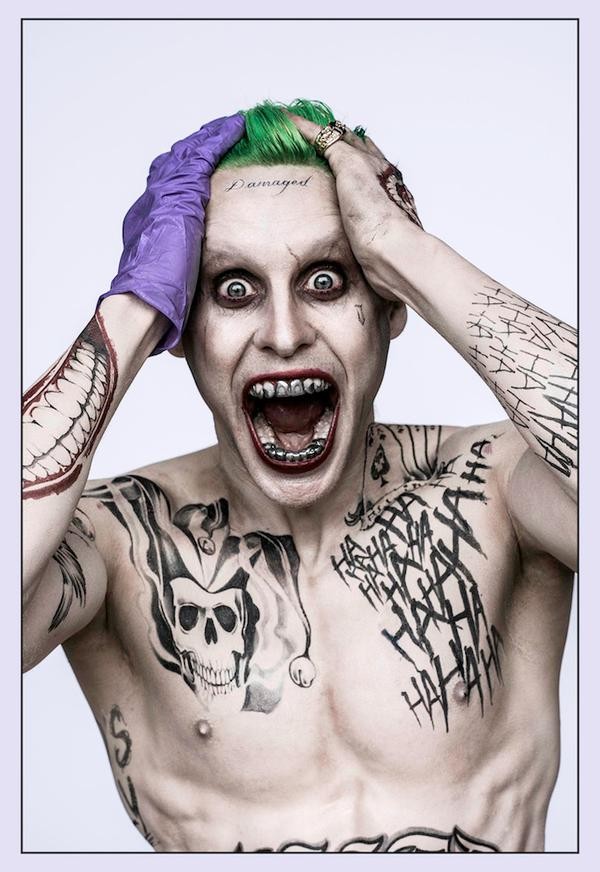