I’m Kind of Obsessed With This BATMAN NINJA Trailer 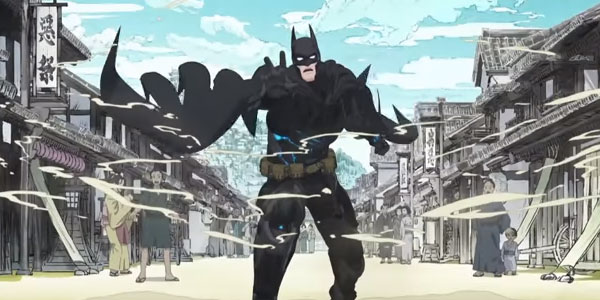 I’ve gotta hand it to DC and Warner Bros, sometimes they’re really willing to go out on a limb with their projects, and BATMAN NINJA is definitely one of the more interesting. Batman, the Joker, and many friends and foes from the DC Universe get transported to feudal Japan in this anime epic, and– based on the first trailer– the result might be something worth watching.

The designs by Takashi Okazaki (Afro Samurai) are strong, and very evocative of various Japanese toy lines which re-imagine Western super heroes with an Eastern flair (think Meisho Realizations or Square Enix’s Play Arts Kai). And the animation is gorgeous… I love the creepy, jerky way the Joker moves. Plus, apparently Gorilla Grodd is in it!

BATMAN NINJA will hit some time in 2018, after supposedly debuting first in Japan.  I’m sure it will get an English dub before it’s released stateside, but I’m hoping DC offers the original Japanese with subtitles version, as well.