Square Enix made a huge announcement this morning regarding the upcoming title Kingdom Hearts 3D.  For the first time ever in North America, a Kingdom Hearts game will have its own collector’s edition box set called the Mark of Mastery Edition.  It looks like a great deal for only fifteen dollars over the regular asking price, so keep reading for all the details.

For $54.99, 3DS owners will get the game itself along with a 3DS skin cover, 12 art cards, five AR cards that unlock rare Dream Eaters and a 360-degree viewing stand to view them with, all nestled inside a very fancy black magnetic box.  It will launch on July 31st, giving you plenty of time to pre-order this awesome commemorative box set of Sora and the gang’s 10th anniversary.  In the meantime, take a look at the image below and check out our PAX East hands-on preview of the game. 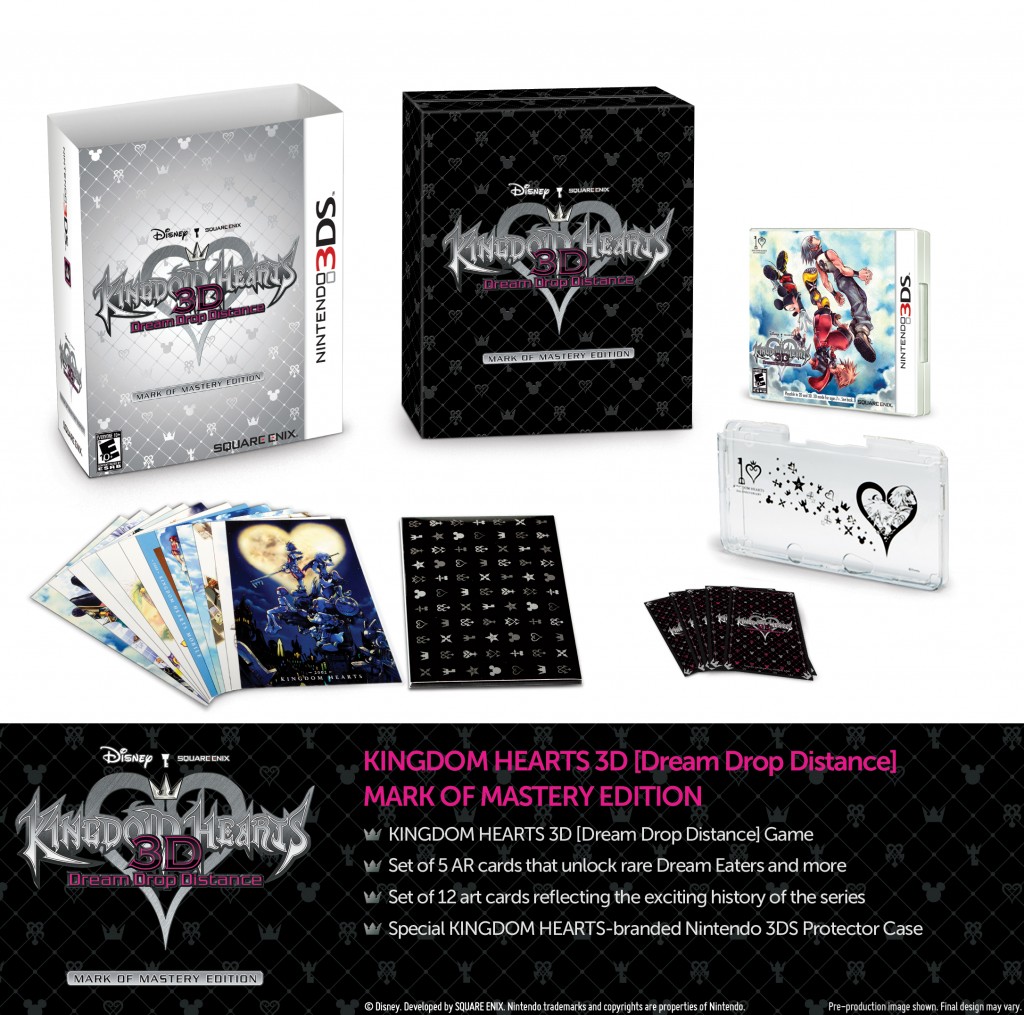