The Kingslayer Arrives Thanks To Dark Horse 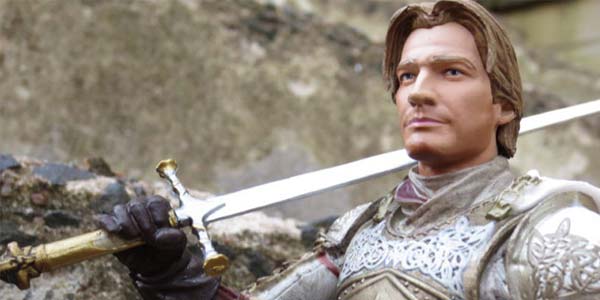 Jaime Lannister gets a Season One spotlight as the latest figure in Dark Horse’s Game of Thrones figure series.

I have really been loving the figures we have seen in Dark Horse’s Game of Thrones collection, and the latest wave– including Cersei Baratheon, a White Walker and Cersei’s brotherJaime Lannister– might be the best yet.  Jaime is particular makes for a stunning release, a figure that highlights every corner of his ornate and intricate armor with incredible detail. 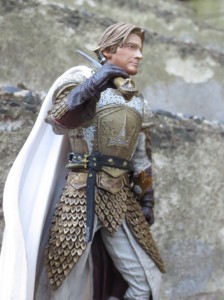 Jaime has had a few different big looks throughout the HBO TV series, but I suppose it makes the most sense to start at the beginning.  So, here’s the Kingslayer, in his sister-loving, kid-crippling, King’s Guard-ing finest, and the white robes and gold Lion-themed armor are painstakingly accurate to the small screen.  The various textures, be it the lattice-like line work on Jaime’s chest plate of the chainmail armor on his arms, adds a variety of textures to the figure, while the mix of bright and light colors masks the true nature of this dark individual.

The figure features a very nice portrait of Nikolaj Coster-Waldau, and the smug smile is the perfect expression for Jaime, especially at this point in the overall story.  The pose is similarly perfect– like the other Game of Thrones figures from Dark Horse, Jaime is a pre-posed, statue like figure, and he looks awesome resting his infamous sword over his shoulder, as his heroic looking white cape swoops around him.  There’s a nice sense of motion in the cape and robes, and everything about this stance feels totally right for the character.

Retailing for less than $25, Jaime is an outstanding deal for fans of the character or Game of Thrones at large.  The sculpt is wonderful, with one of the stronger actor likenesses we have seen in this series, and Jaime fits in perfectly with virtually all of the previous Dark Horse figures, from Ned Stark to Cersei.  I’m very impressed by the quality of this figure series overall, and with even more awesome characters like Tywin Lannister, Littlefinger and Hodor on deck, the future is looking very bright for Dark Horse and Game of Thrones! 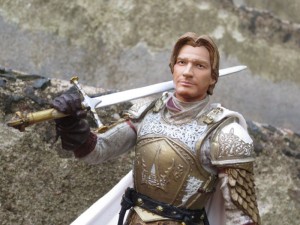 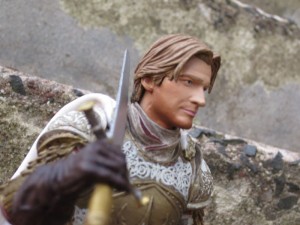 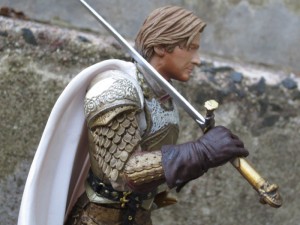 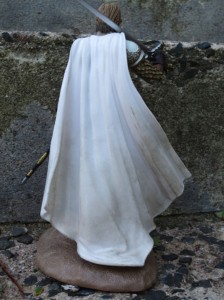 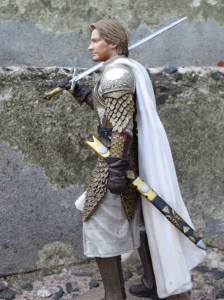 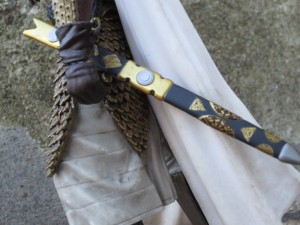 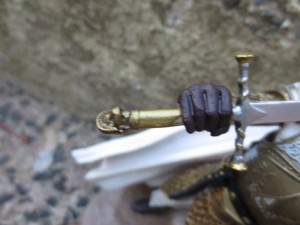 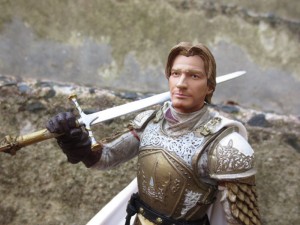 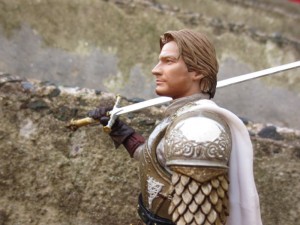 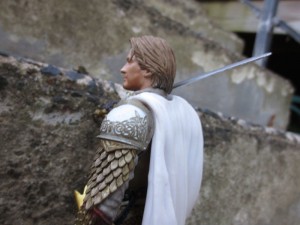 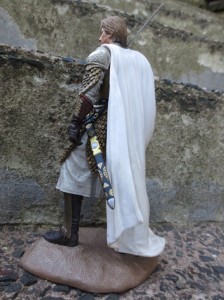 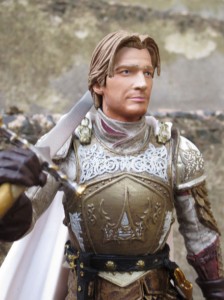 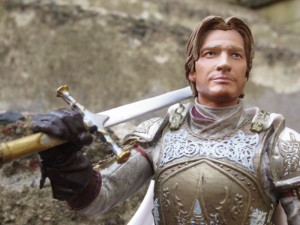 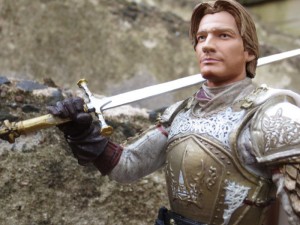 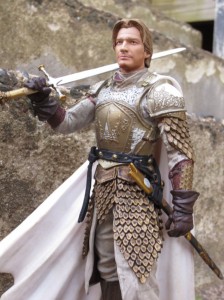 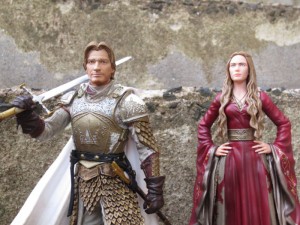 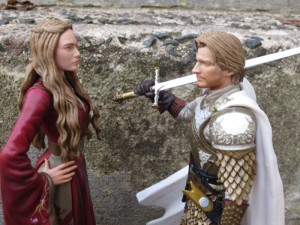 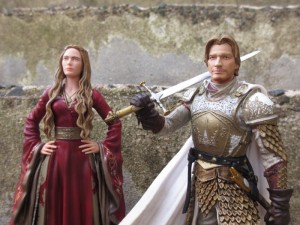