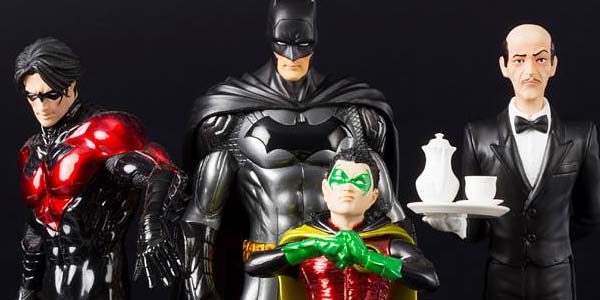 The most important member of the Bat-family gets the ARTFX+ treatment as a Comic Con exclusive.

Kotobukiya always delivers some great exclusives at Comic Con, but they’re taking things to a whole new level in 2015.  In the past, we’ve seen repaints and variant figures compose most of Koto’s Con exclusive offerings, but this year will see the release of the first all-new addition to the DC ARTFX+ collection, Bruce Wayne’s loyal butler Alfred Pennyworth.

Alfred looks pretty great, clearly modeled after Jim Lee’s super-skinny depiction of the Wayne family confidant.  Most of the ARTFX+ sculpts have fairly neutral expressions, but Alfred gets a nice bit of personality, thanks to his cocked eyebrow and pursed lips.  You can almost hear him questioning the logic/ sanity of Bruce’s latest crime fighting decision, while still performing his tea-serving duties expertly.

This statue will fit in brilliantly with Batman, Robin, Nightwing and the rest of the DC ARTFX+ line, and it’s nice to see Kotobukiya moving beyond just the capes and cowls with this collection.  Alfred is probably the overall best choice in terms of civilian characters in this series, but if he sells as well as I’m predicting, I’d be curious to see if Kotobukiya would continue in this direction with Lois Lane, Lex Luthor, or even Bruce Wayne or Clark Kent in their civvies?

Read more on the Alfred exclusive below… for non-attendees, Kotobukiya will be offering a limited quantity of this piece on their website.  The preorder goes live this Friday, June 12th at 10am PST, so mark your calendar.

A Kotobukiya Japanese import! Though he wears no mask, and his outfit consists of a black suit and bow tie, Alfred Pennyworth has a long history and numbers among one of the most recognizable comic book characters from DC Comics classic stable of Super Heroes and villains.

Prior to following in his father’s footsteps and working for the Wayne family as a butler, Alfred Pennyworth had been both an actor and a soldier, later on working for MI-5, an impressive background that provided him with a wide range of skills and natural resourcefulness that would serve him well in raising the young Bruce Wayne to adulthood after the death of Thomas and Martha Wayne. Alternating between the roles of butler, mentor, and even father figure, Alfred has become indispensable to both Bruce Wayne and his alter-ego of Batman. Alfred is presented in his classic Butler suit, carrying a tray with a teapot and cup, always ready to attend to Mr. Wayne.

Sculpted by Keita Misonou, the Alfred Pennyworth SDCC Limited Edition ARTFX+ stands just under 8 inches tall (1/10th scale) and includes magnets in his feet for extra stability when placed on the Batman, Robin (Damian Wayne), Nightwing, or other ARTFX+ statue bases. Alfred is sure to be a sought after addition to any display of the ARTFX+ Batman Family!

Pre-orders for non-attendees begin Friday, 6/12 at 10AM PST on kotous.com! 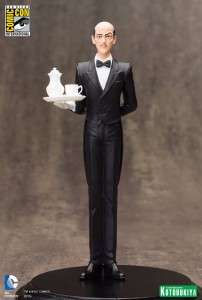 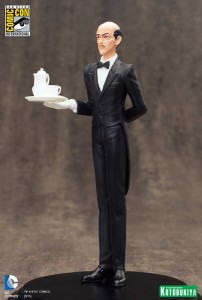 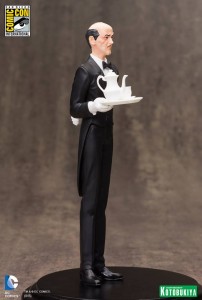 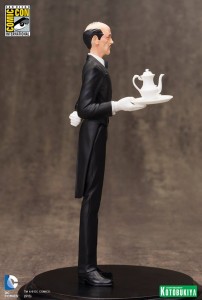 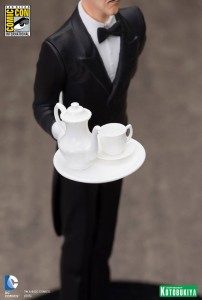 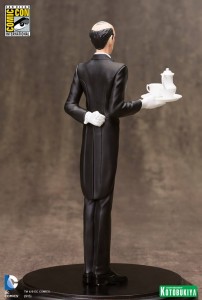 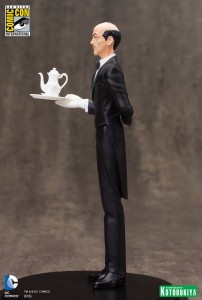 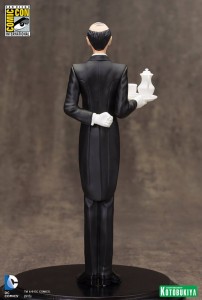 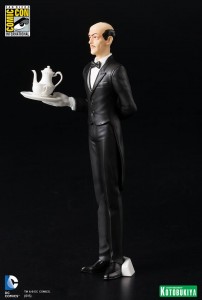 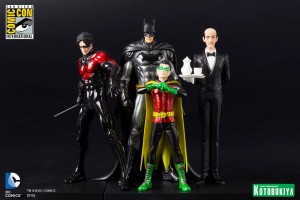